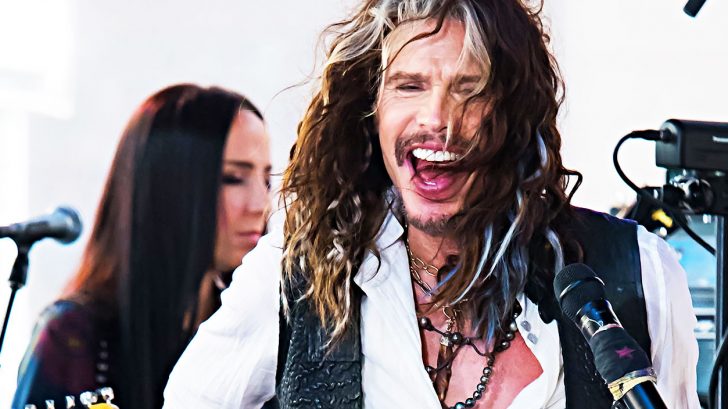 This longtime rocker turned country singer had just two words for a country legend on his big day – and shared a years-old photo that reminds us all how connected the music community really is!

He Found His Heart In Country

Aerosmith frontman Steven Tyler took on a solo approach to country music back in 2016 with the release of his first country music album, We’re All Somebody Somewhere. Before that, he’d already had a presence in the country scene from his time as a judge on American Idol and performing various collaborations live with several country stars.

Now, Tyler is throwing it back with a country legend as he celebrates a huge milestone – turning 85!

On April 29th, 2018, Tyler shared a photo he first posted way back in 2015 when he attended an event honoring John Lennon’s 75th birthday. At that event, he took the stage with many big-name artists like John Fogerty, Kris Kristofferson, Peter Frampton, Chris Stapleton, Sheryl Crow, Eric Church, and Willie Nelson.

The night had such an impact on Tyler and enjoying his time spent with these musical icons meant so much, he shared a very special photograph that was taken of him and one of his favorite musicians – Willie Nelson.

Nelson, who turned 85 on April 29th, appears next to Tyler – beaming a great big smile as Tyler looks giddy to be standing next to the incredible country legend.

Beyond honoring Nelson on his milestone birthday, Tyler was left completely speechless by the country legend – adding a caption to the throwback photo that summarized his feelings in just two words, “enough said.”

Clearly, country music has had a very strong impact on Steven Tyler and is something he holds near and dear to his heart.