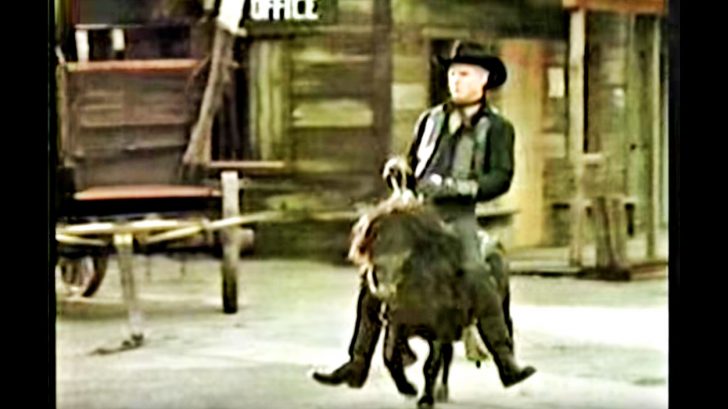 Everyone loves Marty Robbins‘ signature song, but when you watch what comedy legend Steve Martin did to turn it into a skit, you will be rolling on the floor laughing!

Martin is known throughout the world as one of the funniest men alive and has become a household name with a variety of award-winning television and feature film performances. What many might not know is Martin’s deep connection to bluegrass and country music! A lifelong banjo player, Martin has toured with famous musicians like Earl Scruggs – and even earned a Grammy in 2009 for his first solo music album, The Crow: New Songs for the 5-String Banjo.

With his lifelong connection to music, it shouldn’t be surprising that he found ways to intertwine his love for music with his comedy show from the early 1980s. Taking on Robbins’ classic hit, “El Paso,” Martin turns the whole story into a hysterical episode involving tiny horses, chimpanzees, love, and even a gunfight!

The video is similar to a music video with Martin taking the lead role and acting out the story of “El Paso” with all the other characters played by monkeys – but it’s the opening scene that will have you howling with laughter when he storms into the camera’s view riding a ridiculously small pony!

Check out Steve Martin’s 1980 skit set to the tune of “El Paso” in the video below!