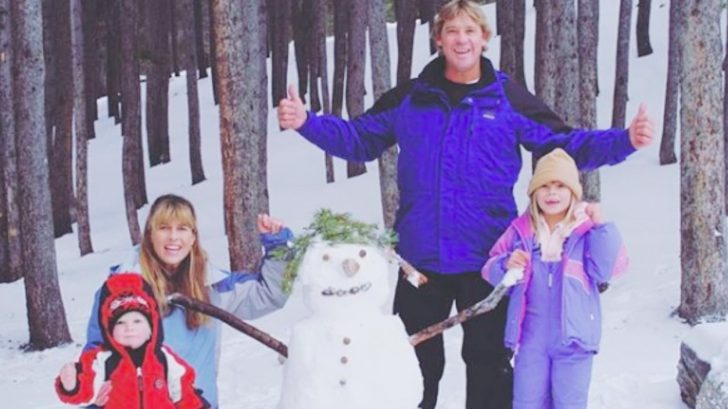 While some people are terrified of creatures such as spiders, snakes, and sharks, Steve Irwin loved them all. The man who came to be known as “The Crocodile Hunter” put himself face-to-face with some of the Earth’s most dangerous and feared animals and never blinked an eye.

Steve’s passion for wildlife was immense, and he wanted to share that passion with everyone. He managed to do just that, as his many television programs allowed him to reach people around the world.

To the millions of people who watched Steve on TV, he seemed invincible. They had watched him swim with sharks, be bitten by venomous snakes, and wrestle with crocodiles.

But Steve wasn’t invincible, as the world sadly learned on September 4, 2006.

Steve was swimming at the Batt Reef near Port Douglas, Queensland, to film a new program called Ocean’s Deadliest. He came across a short-tail stingray, which got defensive and started stabbing at Steve with its tail. Its barb ended up piercing Steve’s heart, and he passed away as a result.

His children, daughter Bindi and son Robert, were eight and two years old at the time of his death.

Dad, You would be so incredibly proud of Robert. He has been such an amazing support during this beautiful new life chapter. I know you’d be beaming with pride when the time comes that he walks me down the aisle. I wish you could be here for these moments, but I know that your spirit lives on in us ❤️

Now 21 and 15 years old, Bindi and Robert have been carrying on their father’s legacy. They now star with their mom, Terri, on a new show called Crikey! It’s the Irwins.

Bindi and Robert love animals just as much as their father did, and it shows through the things they post on social media. They often reference Steve on their accounts, and express how much he continues to inspire them.

Australian Father’s Day fell just a few days before the 13th anniversary of Steve’s death, and Bindi and Robert honored him with emotional messages and a throwback photo and video.

It’s Father’s Day here in Australia! Even in my early years, my dad certainly shaped the person I am today.. he was the best dad to me and @bindisueirwin, and I’ll always look up to him ❤️

On the 13th anniversary of Steve’s passing, his family took to social media to share some heartfelt messages in remembrance of him.

Bindi shared an image and quote from Winnie the Pooh, which reads “If there ever comes a day when we can’t be together, keep me in your heart, I’ll stay there forever.” Bindi penned a simple caption to accompany the post, writing, “f o r e v e r.”

She didn’t even have to say that the post was about her dad, everyone just knew.

Robert chose to share an old photo with his family, which shows them all in the snow celebrating the creation of a snowman they built together.

Like Bindi, Robert kept the caption on his post simple, as it only contained three red heart emojis.

As for Steve’s widow, Terri, she took to Twitter to share an old video of Steve. She spoke about how he embodied the phrase “live each day to the fullest,” because that’s exactly what he did.

She also expressed how much she misses him, writing, “I miss him every day.”

They say you should live each day to the fullest. Steve actually did. I miss him every day, and I am so proud to see his mission continue. https://t.co/4NVxbNN9hr

You can watch the full video that Terri shared in Steve’s honor below.

Steve would be so proud to see how Terri, Bindi, and Robert are continuing his legacy. His love for animals lives in them, and they will make sure he is never forgotten.

Our thoughts are with @TerriIrwin, @BindiIrwin & @RobertIrwin on what marks 13 years since #SteveIrwin's tragic death. #60Mins remember the Croc Hunter for his passion & enthusiasm for Australian wildlife. He inspired countless people & continues to through his legacy today. pic.twitter.com/iWUXFK5YlT