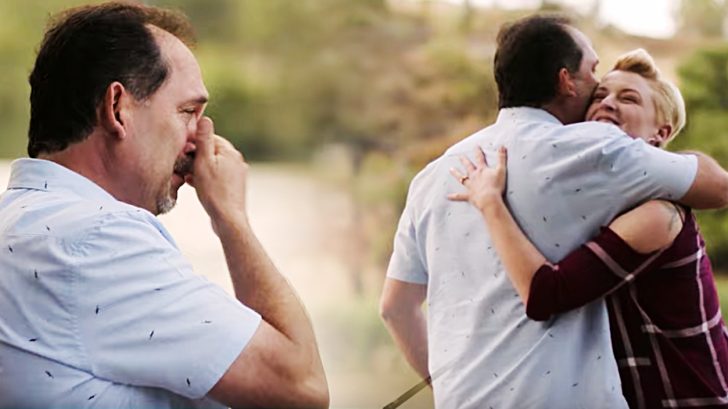 In an epic Father’s Day surprise to a handful of stepdads, iconic beer brand Budweiser has done something amazing – and blessed them with a gift that is so emotional it will make nearly anyone cry.

Budweiser took the wraps off of this emotional video that shows several pairs of step-children with the man who stood up and became their father when their biological one wasn’t in the picture.

Each of the pairs took turns talking about their relationship and it carries one specific theme – all of the kids are telling the camera about how even though their stepfather wasn’t biologically linked to them, he still worked hard to be everything a dad should be.

“When I met Paul 28 years ago I was a fiery little a…a brat,” said Shealyn, laughing, as she and her stepdad, Paul, sat side-by-side on a fishing dock. The two met when Shealyn was only 6.

“You said it, not me,” said Paul, adding, “As a stepfather you have boundaries and the relationship develops over time and I just took things day by day and we grew as a family.”

As their stories unfolded, each of the children took the opportunity to ask their stepdads to sign adoption papers to officially become their father – a true Father’s Day present worthy of a few tears of joy.

“On a day when the world celebrates fathers, Budweiser wants to shine an unexpected light on fatherhood,” said Monica Rustgi, Budweiser’s VP of Marketing. “That’s why this Father’s Day, Budweiser is toasting stepfathers who love their stepchildren like their own.”

Watch this incredible Father’s Day surprise below…and make sure you have a box of tissues handy.