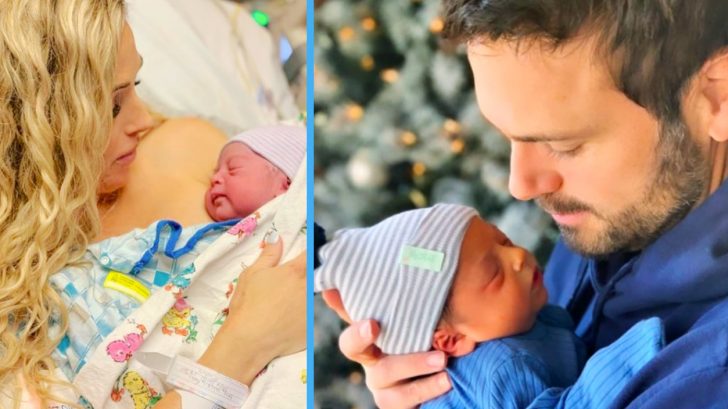 Chuck Wicks and his wife Kasi are over-the-moon with happiness following the arrival of their baby boy!

The “Stealing Cinderella” singer and his wife tried for months to get pregnant before they learned about some fertility issues that rested with him. They ended up undergoing IVF to conceive their baby boy.

Chuck and Kasi were thrilled to be expecting their much-wanted son. This is Chuck’s first child, while Kasi has three daughters. She adopted 20-year-old Madison and 21-year-old Makenzie while she was previously married to their father Bill Morstad, and also shares nearly 10-year-old daughter Avery with Bill.

Finally, Chuck and Kasi welcomed their son on Friday (December 4). He weighed 8 lb 13 oz and was born with a full head of dark hair.

They named their baby boy Tucker Elliott Wicks. His name has a family connection, since “Elliott” is the maiden name of Chuck’s mother and is also his own middle name.

“@kasirosa and I are beside ourselves with so much joy and love for our baby boy!!!” Chuck wrote in an Instagram post introducing Tucker to the world.

“Feeling blessed and thankful beyond belief,” Kasi wrote in her own post.

Since coming home, the couple has shared a few more pictures of baby Tucker, which you can see below.

Kasi just so happens to be the younger sister of another country star…Jason Aldean! Jason’s wife, Brittany, shared a few photos of their family meeting baby Tucker after he arrived.

“He is absolutely perfect and already has the best hair,” Brittany said. See the pictures she shared below.

Tucker was born right as Chuck released a new single about his relationship with Kasi. Titled “Old With You,” the song is as romantic as it gets. Give it a listen below.

Congratulations to Chuck and Kasi on welcoming baby Tucker into the world!