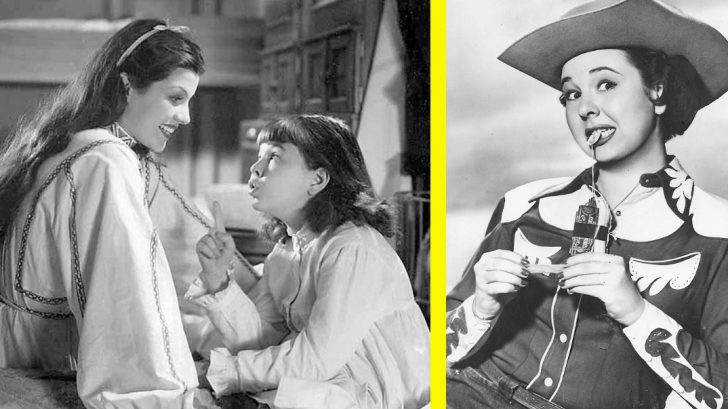 Renowned as one of the most beloved child stars from the glittering Golden Age of Hollywood, this treasured actress has passed away at the age of 95.

Chartering a career that spanned more than 70 years, Jane Withers is credited with just as many film appearances. In the beginning, as a child star rising up during the Great Depression, she starred alongside Shirley Temple in 1934’s comedic drama Bright Eyes.

In the film, which was just her seventh role ever, she plays Joy – the antagonistic spoiled child that was the perfect contrast to Shirley Temple’s sweet-hearted and lovable orphan character.

Her reign across Hollywood continued throughout the years and she was working hard at her career – even as just a young child. For much of the 1930s and 40s, she appeared in upwards of four films a year. Truly, it was no small feat!

Later in life, Jane Withers decided to start a family in her early twenties. By this time, she’d earned dozens of credits to her name and was quite accomplished. Just a decade later, and she took up a role alongside the effervescent Elizabeth Taylor, heartthrob Rock Hudson, and luminous James Dean in 1956’s Giant.

Withers died on Saturday, August 7th, 2021 in Burbank, California, and was surrounded by her loved ones – according to a statement given to Deadline.

“My mother was such a special lady,” her daughter, Kennedy Errair, told the publication. “She lit up a room with her laughter, but she especially radiated joy and thankfulness when talking about the career she so loved and how lucky she was.”

No cause of death was given. Our thoughts and prayers go out to her family during this very difficult time. She was truly an icon.

See Jane Withers and the Singing Cowboy – Gene Autry – in a clip from the 1940 film Wanderers below.