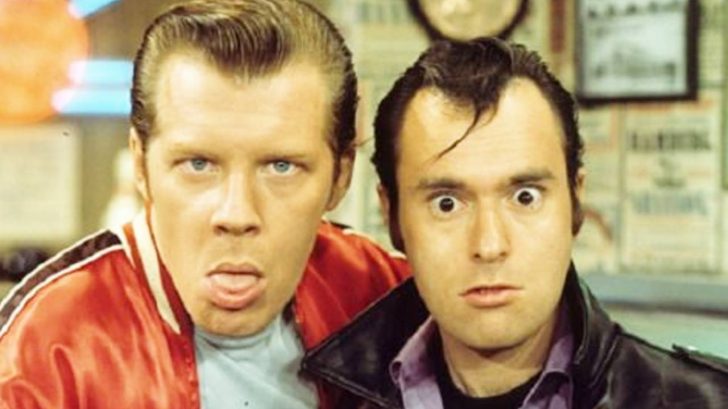 The television world is reeling.

The sitcom Laverne & Shirley began in 1976 as a spin-off of Happy Days and starred Penny Marshall and Cindy Williams as the titular characters, respectively. The show followed the dynamic duo as best friends, roommates, and at their jobs as bottle cappers at Shotz Brewery.

The show was a huge success, becoming the most-watched sitcom on television in the third season, thanks to the comedy chops of not only Marshall and Williams, but also their male counterparts, longtime comedy duo Michael McKean and David Lander.

McKean and Lander played Laverne and Shirley’s neighbors, Lenny Kosnowski and Andrew “Squiggy” Squiggman, characters they created together at Carnegie Mellon University. After graduation, they continued performing as Lenny and Squiggy and eventually joined the cast of Laverne and Shirley as those characters.

RIP David Lander. Loved watching Laverne & Shirley as a kid and Lenny and Squiggy were a big reason… pic.twitter.com/UVtX81l5WB

Sadly, half of this comedy duo has passed away. David Lander’s family confirmed to Variety that he died on Friday (Dec.4) after a decades-long battle with Multiple Sclerosis. He had battled the disease for 37 years and went public with his diagnosis an 1999 in a book titled Fall Down Laughing: How Squiggy Caught Multiple Sclerosis and Didn’t Tell Nobody.

Lander’s longtime friend and collaborator Michael McKean took to Twitter following Lander’s passing, sharing a photo of the two from their early days of comedy.

He also wrote, “Thanks for all of the kind condolences on David Lander’s passing. You know this is a loss shared by all of us, not just those who had the joy of knowing him. If he made you laugh, he was your friend, too. Peace.”

Thanks for all of the kind condolences on David Lander's passing. You know this is a loss shared by all of us, not just those who had the joy of knowing him. If he made you laugh, he was your friend, too. Peace.

May David Lander rest in peace. Our thoughts and prayers go out to his family.

Watch a compilation of Lenny and Squiggy’s iconic entrances from Laverne and Shirley below.