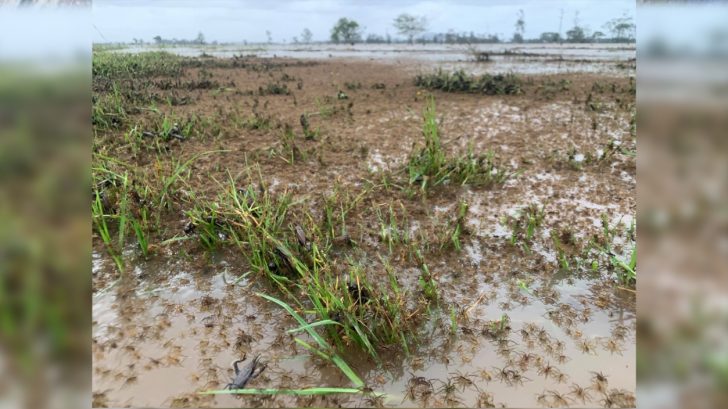 Due to heavy rainfall in New South Wales, Australia, some towns are going through a once-in-a-generation flooding experience that is forcing trillions of spiders to leave their underground homes and seek higher ground.

Folks who live in the area have been taking to social media to share photos and videos of the massive swarms – some from their backyards. Many communities have even been evacuated due to the flooding, including key areas like the Hawkesbury valley, the mid-north coast, and western NSW.

“These are native species trying to do their thing, trying to survive. The last thing that you want to do is get out the insecticide spray,” arachnologist at the independent research company Cesar Australia, Dr. Lizzy Lowe told The Guardian. “They’re not going to be doing anyone any harm.”

Matthew Lovenfosse shared a one-minute video of some property located just outside of his backyard showing what looks like a landscape blanket of crawling brown spiders. The flood caused water to sit in a grassy field three inches deep. The tops of the grass poked through the water where trillions of brown spiders frantically hopped around doing their best to survive the deep trouble they were in.

It looked like something out of a horror movie.

Check out footage of spiders trying to escape the floodwaters below.