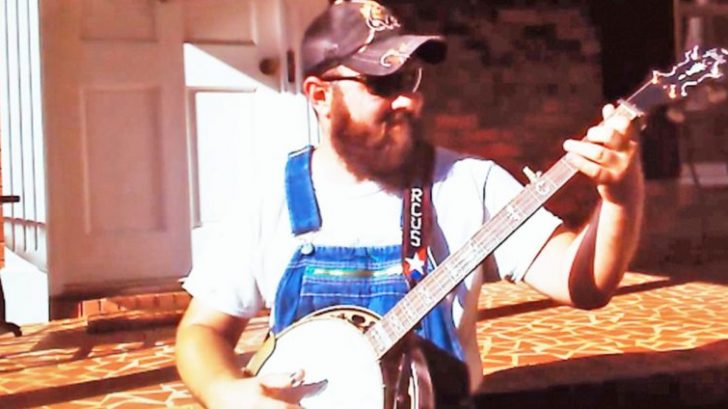 By now, we’re sure you’ve heard the classic song “Will The Circle Be Unbroken” countless times. But, you’ve probably never heard it like this before.

Adam Lee Marcus, a multi-instrumentalist from Westminster, South Carolina, has toured the world with bluegrass bands for many years now and thankfully, is sharing his talents with us on social media.

Just me and Emma. She's a Gibson "Blackjack" with a custom Yates neck. Snuffy Smith head and bridge.

Marcus previously went viral when he posted a video of his 85-year-old friend Dorothy kicking off her shoes to dance to his banjo pickin’! They captured the hearts of million of viewers and it continues to give a taste of his bluegrass talent.

In this particular video, Marcus plays the popular Christian hymn “Will The Circle Be Unbroken” on the banjo, clad in overalls and a baseball cap.

The song was first written in 1907 by Ada R. Habershon and Charles H. Gabriel and reintroduced to the world in 1935 when the Carter Family released their version, titled “Can The Circle Be Unbroken.” The song has been recorded by many other singers, who have all put their own spin to the classic tune.

We absolutely love Marcus’ banjo version, and we know you will too! Watch him perform it below.

"Will the Circle Be Unbroken" On Banjo

"Will the Circle Be Unbroken" by Adam Lee Marcus on the banjo.