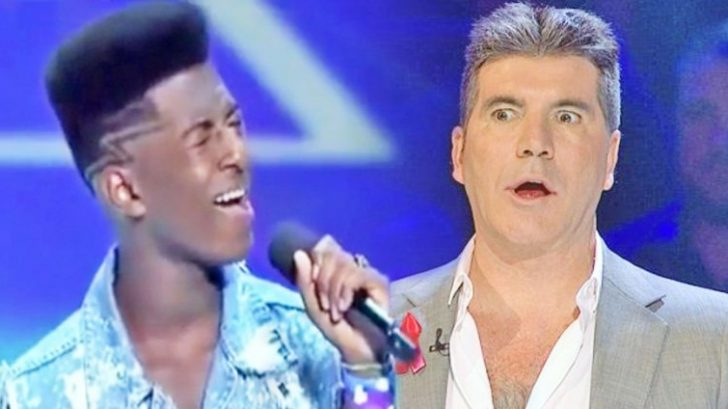 Willie Jones walked on the X Factor stage wearing a denim vest with a blue flannel tied around his waist. He was immediately complimented on his “Fresh Prince of Bel-Air” style by judge Demi Lovato.

24 from Scituate WAS Willie Jones from X Factor pic.twitter.com/N3xDMlhWnY

The judges seemed extremely surprised when he revealed he was from Shreveport, Louisiana.

Jones proved he was raised right by addressing each judge as “sir” or “ma’am,” even when asked not to.

The judges asked Jones to begin the audition and when the introduction to Josh Turner’s “Your Man” came on, all of the judges looked absolutely shocked.

Jones sang the opening lyric to the song, and the entire audience erupted in cheer and applause. No one thought this voice would come out of the 17-year-old!

During the musical break, Jones walked around the stage with his head in his hands, prompting Reid to tell fellow judge Britney Spears, “He can’t believe this!”

Did He Have The X-Factor?

After an incredible audition, and displaying a wide range of vocals, Jones was ready for the judges to tell him if he was moving on to the next round of competition. They all sang his praises, with Simon Cowell saying, “You’ve gone beyond my expectations, you’ve surprised me!”

Willie Jones! My favorite audition on X-Factor so far.. and the way he dresses is just wow c: y'all need to watch him! pic.twitter.com/fPFbm4Sh

Although he did not go far in the competition, Willie Jones is definitely a name we should look out for!

Watch his incredible audition below.