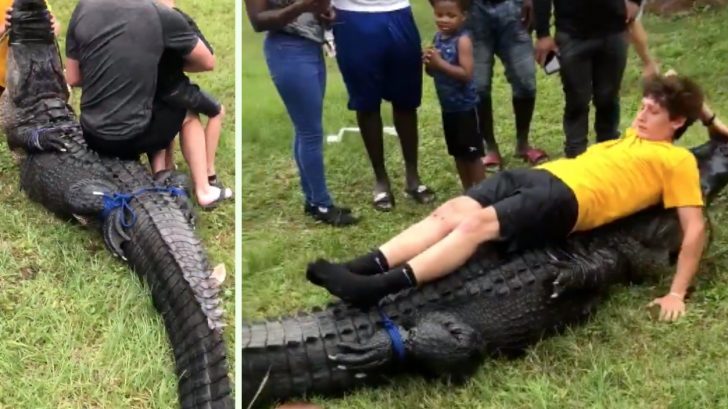 The state House of South Carolina just unanimously passed a bill increasing the penalties for hurting an alligator after a video went viral in 2020 of people sitting on top of one that was tied down before being euthanized.

The alligator in the viral 2020 video was a nuisance gator removed from a pond near the Hilton Head Island mini-golf course for the safety of the property.

However, the process was handled improperly before they euthanized the beast, due to state policy, and swift action was taken in response to the video.

The Blue Planet Society posted the video of the incident at the time, calling it “animal abuse” and not acceptable. In another video, a man can be seen laying down on the back of the gator while the animal’s limbs were bound to its side.

Island resident Daisy Bobinchuck explained that after they bounded the gator’s legs, there was a massive crowd of people surrounding it “totally in the way” and starting to sit on the alligator and take photos.

“It was the biggest gator I’ve ever seen,” Daisy, who assisted in the capture of the gator, told The Island Packet.

Watch The Second Video Below

This is animal abuse. This is not acceptable. https://t.co/cFDaZazsoa