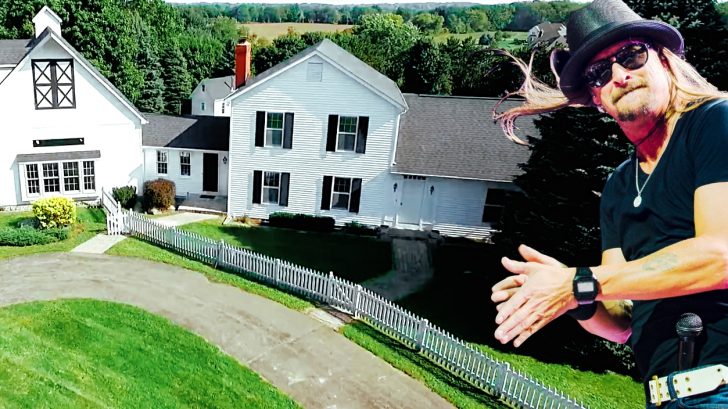 He might live in a custom double-wide now, but this Michigan native grew up on a massive plot of land inside of a 22-room mansion that is one exquisitely crafted home anyone would love to have!

What does all this cost? Well, not a whole lot, to be honest!

First listed in 2016, the asking price was a cool $1.2 million – but it’s taken some serious cuts and went on sale for less than half of that!

Decked out with a plot of land big enough to get lost on – and even a guest house for your visitors – this heavenly hamlet is all you’ve ever wanted…and more! (Unless you don’t like Michigan winters.)

Boasting a five-car garage, almost-finished walkout, this classy chic home has something for everyone! On the grounds sit a three-stall horse barn for your equestrian hobbies and Clydesdale dreams, full regulation tennis court, and an in-ground pool for summer parties that would rival those of The Great Gatsby!

Inside this 5660 square-foot home lies 22 rooms that include five bedrooms, four full bathrooms, three half-baths, central vacuuming system, a formal dining room and a lot of good-old American charm that will dazzle and delight nearly everyone who walks in.

The home also features its own jacuzzi and has been described as “warm and inviting for the relaxed country gentlemen or the entertaining-driven profile.”

The home was built in 1972 – when Kid Rock was just one year old. Growing up, Rock’s father owned several local car dealerships and found great success in the automotive industry. Since it was built, this house has remained in the family – until now.

Check out the full aerial footage of Kid Rock’s former childhood home below and for all the photos of the interior – head on over to Morgan & MIlzow Realtors.

Originally, the house was being sold as-is for just $599,00 – which is a steal! The final sale price according to the listing agent was just a hair over that at $650,000.