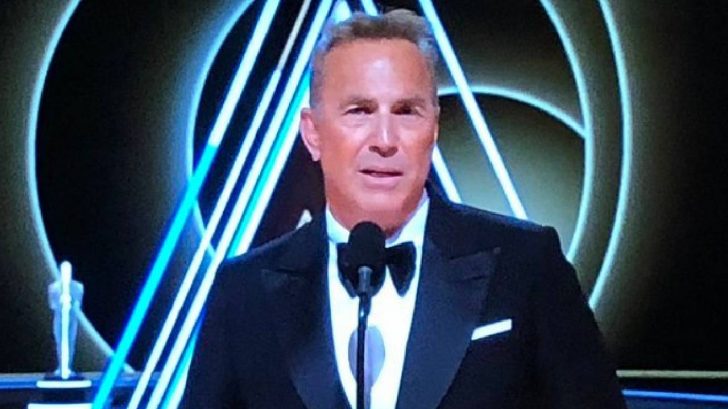 Countless awards were given out, but there was a moment that stole the show: when Will Smith slapped comedian Chris Rock across the face while he was on stage to present the Oscar for Best Documentary. While that was clearly the most-talked about incident from the night, there were other moments that touched viewers, and some that even made history.

CODA star Troy Kotsur became the second deaf actor, the first male, to win an Oscar when he took home the trophy for Best Supporting Actor. His on-screen wife, Marlee Matlin, was the first deaf actor to win an Oscar in 1987 for Children of a Lesser God.

Troy Kotsur became the first deaf man in academy history to win an Oscar for acting. Voters honored his heartstring-tugging supporting performance in “CODA” as a fisherman struggling to relate to his hearing daughter. https://t.co/TaH41VWvJH pic.twitter.com/fwWcIhTRJ3

West Side Story‘s Ariana DeBose won an Oscar for Best Supporting Actress, 60 years after Rita Moreno won it in the same role of Anita. She became the very first openly queer woman of color to win an Oscar, and the first Latina to win since Moreno’s win in 1962.

rita moreno and ariana debose. two academy award winners for anita in west side story. both their first nominations and wins. 60 years a part #Oscars pic.twitter.com/7If7BltCag

A touching moment that had fans talking was when Kevin Costner gave out the award for Best Director, an award he won in 1991 for Dances With Wolves. The film also took home Best Picture.

I have a lot of special memories of the Oscars, but nothing tops this night in 1991 with Dances With Wolves.

Really excited to be at @TheAcademy Awards presenting this weekend. Good luck to all the nominees—savor this tremendous recognition! pic.twitter.com/C0I5nlFVbo

Before he presented the award to Jane Campion for her work on The Power Of The Dog, he gave an impassioned speech about his experience behind the camera. He also told a story of the first time he ever saw a movie by himself in a theater, which was How The West Was Won, when he was just seven years old.

“And what I witnessed that afternoon in the Cinerama dome….was perfect,” he said. “The curtain, when we still had them, open ed to a film almost 4 hours long. It had an intermission where the score continued, subtly the second half was about to start. I don’t know where everyone went, but I wasn’t gonna get up. I decided I was not going to give up my magic seat. I was determined that I would not miss a minute. And as I sat in the dark that afternoon 60 years ago, all I really knew was that I was in careful hands. Little did I know that three directors would be responsible for that epic moment in my life. It fired my imagination. And they captured my heart. And that’s what can happen when you direct a movie. You can change a mind. You can change a life. You can change a trajectory of a career. You can capture a heart, but you can’t do it alone.”

He then spoke about this year’s Best Director nominees and their “long days and even longer nights,” as well as everything that goes into being a director.

Many people were moved by his speech, bringing them right back to the childhood and how they themselves fell in love with movies. See some reactions below.

Kevin Costner with a beautiful speech about directors. Three hours in, it *finally* feels like the #Oscars. pic.twitter.com/ujbQcPSSLp

#kevinCostner just gave the best description of a director’s work that I have ever heard. You have no idea how hard this job is. Can we talk about the hours? Or the food?

Kevin Costner’s speech tonight was so beautiful. It was so eloquent about the power of film to change a person’s life and to influence their mind. It was so quiet while he spoke. It was powerful. #Oscars

Kevin Costner talking about the power of cinema from his childhood experience of watching HOW THE WEST WAS WON (1962) at the Cinerama Dome means everything to the heart of a classic film obsessive. ? #Oscars pic.twitter.com/SNnJLFiWlO

Hmm. I think Kevin Costner’s speech about filmmaking and directing was one of the most beautiful moments of the evening and exactly what the Oscars should be about pic.twitter.com/XPnJIVADl5

Thank you #kevincostner for the best speech of the #Oscars2022 night. I brought my 16 year old daughter into the room and made her listen to your talk. I said maybe you want to direct rather than act – you can change young lives. Your speech felt like old Hollywood – thank you.