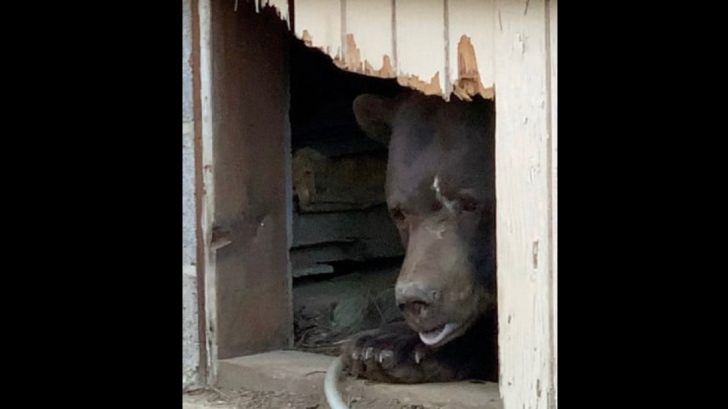 After months of hearing what sounded like snoring noises coming from underneath their home, a California family finally found out the truth behind the mysterious sounds.

An unnamed family residing in South Lake Tahoe had been hearing “some odd rumbling, snoring-like noises” through the winter, “but ignored it because it simply didn’t make sense…and the neighbors said they were imagining it because they didn’t hear anything,” according to the BEAR League.

But, the family wasn’t imagining the noise. In fact, the sounds were indeed five tired bears who had made their way into the unsecured crawl space to hibernate for the winter.

When the bears awoke from their winter slumber, the residents of the home called the BEAR League for help removing the bear family.

“The residents didn’t realize there were five bears under their house until we got there and told the bears to come out… and then we counted five,” BEAR League Executive Director Ann Bryant told HuffPost in an email. “They had just thought it was one very noisy bear.”

The league was obviously acquainted with the bears as they reported that the momma bear had three cubs and adopted another orphan cub when her own were about 9-months-old.

After being encouraged to leave their winter home by the league, the bear family emerged from the crawl space. Once the mother had made it to safety she called back to her cubs for them to follow her.

The little bear family won’t likely be returning to this particular South Lake Tahoe home. After they vacated the property, an “electrical barrier” was put in place to keep them from returning.

“Each winter, about 100 to 150 of our bears attempt to hibernate under homes here at Tahoe,” Bryant said. “The BEAR League is kept very busy moving bears out of these crawl spaces, often several bears each day.”