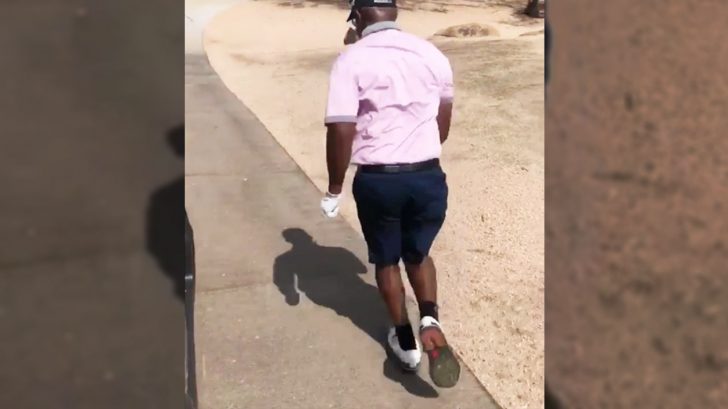 They shared the stage every night on their 2018 co-headlining Summer Plays On Tour, but for a split second, Lady Antebellum‘s Charles Kelley and Darius Rucker were mortal enemies.

Okay, so maybe not mortal enemies – but pretty close!

While taking a break from their wildly successful tour, the two good friends spent the day at Whisper Rock Golf Club in Phoenix, Arizona. Because they are such good friends, Kelley knew about Rucker’s dislike for snakes, so he took advantage of that knowledge to prank him – and luckily, the “Lonely Girl” singer filmed the whole thing!

I was representing yesterday on the golf course! #GoDawgs @FootballUGA @landofthee hat I’m wearing btw! Go get u one! pic.twitter.com/U2JlEkXknX

Kelley started the video pretty slyly, with the lens facing the ground so Rucker wouldn’t know something was up. Right after Rucker put one of his clubs back in his bag, good friend Jeff Fujimoto, who was also golfing with them, threw out a fake snake and the “Wagon Wheel” singer took off!

Luckily, the “For The First Time” singer was a great sport and started laughing immediately once the sense of fear had faded away.

We usually love seeing country singers’ onstage pranks, but this is just as good! Take a look at his scare in the video below.

Playing golf with @dariusrucker at #whisperrock in Phoenix and we pranked him with this fake snake! @jfujigolf for the win! ?

Watch Rucker and Lady Antebellum perform Hootie and the Blowfish’s “Hold My Hand” while on tour below.