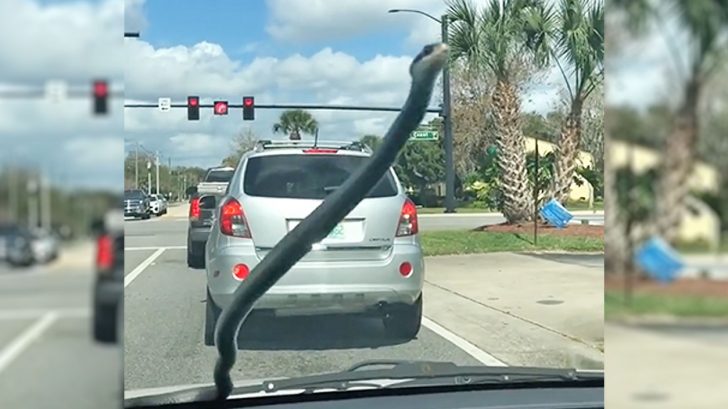 A Florida woman has been going viral on TikTok after uploading a series of videos showing a snake that decided to hitch a ride on her vehicle.

Abbey Rostron, from Palm Coast, Florida, was out running errands when she noticed the little creatures head sticking out of the hood of her car and staring at her. She pulled over hoping that it would get off her vehicle but it refused to do so.

In the videos, you can hear her pleading with the snake to get off her car, saying the incident is very “Florida,” and how she isn’t sure how she’ll get out of her car.

“I had to pull over because this dude is in my car,” she explains in the video.“I don’t even know what to do. Dude, please just get off the car. Just jump off. Be a good little snake.”

She eventually kept driving which resulted in a hilarious series of videos that she was able to capture before the reptile decided to slither off.

Rostron later told Fox News that the incident happened a few weeks ago, and that both her and the snake were unharmed.

She eventually uploaded the videos to TikTok where one video has received over 4.8 million views.

Watch the snake finally leave in the video below.