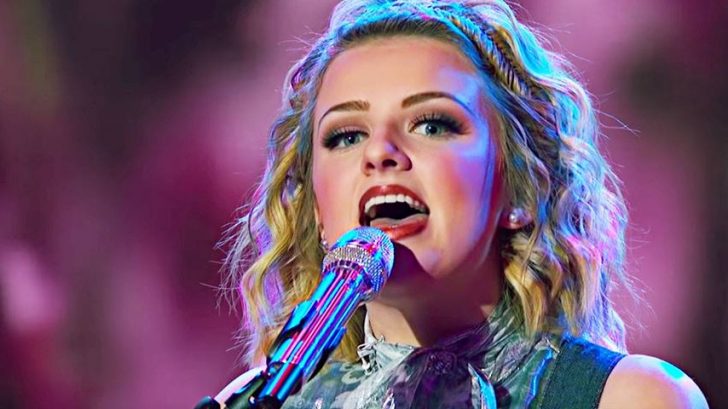 What began as a contest of 24 top-notch performers dwindled to three last night, as two of the top five American Idol candidates were eliminated from the Mother’s Day competition.

Idol‘s most famous alum, Carrie Underwood, joined the talented bunch to sing a rousing rendition of “See You Again” before the finalists hoping to make it to the final round took the reins of the show.

Maddie Poppe, the 20-year-old singer-songwriter from Clarksville, Iowa, who accompanies herself on guitar, ukulele and keyboard, nailed a cover of country favorite, “I Told You So.”

Hailed by some fans as “a modern-day Patsy Cline,” Poppe was rewarded for baring her soul and laying it all out in  “I Told You So” by snagging the third and final spot of the evening, saving her from that final walk off the stage.

This 1988 number-one hit single was originally written and performed by country star, Randy Travis. The song hit the top of the charts again in 2007 when Underwood delivered her heartfelt, harmonious version.

Poppe, the first Iowan to ever advance to American Idol finals, received rave reviews from the judges, in addition to the affirming vote from the public

“You never need to worry about how your’e singing and what high notes and low notes you’re hitting, because you tell the story perfectly.”

As a follow-up, the Iowa native sang a Beach Boys’ tribute to her mom, Tonya. Poppe’s dedication of “God Only Knows,” was so emotional she could barely complete the final notes.

The final three, Maddie Poppe, Gabby Barrett and Caleb Lee Hutchinson, will vie for the championship and title of American Idol next week (May 20) during a two-night finale. The winner will be announced in the season finale on Monday, May 21 at 7 p.m.

What did you think of Maddie Poppe’s performance? Who do you think will win the title of “American Idol” 2018?

Do you think the judges got it right? (Remember the American public was one of them!)  Share your thoughts with us!