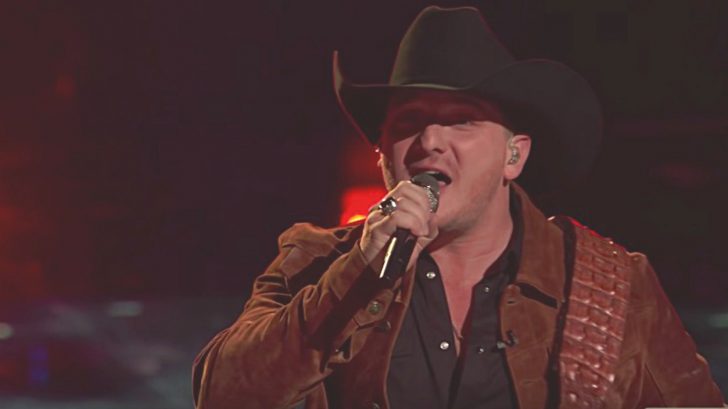 Tension Rises As The Voice Prepares For Finale

The Voice makes some pretty big cuts over the course of each season, but no cut is more devastating than the one made the week before the finale. In that cut, the final eight become the final four, and four other talented artists are sent home just short of the finale.

During the Season 14 results show on Tuesday (May 15), three finalists were named, two artists were sent home, and three others were left to compete for an instant save spot. The way the instant save works is that each artist will sing a snippet of a song they prepared in advance, then viewers vote live for who they want to save.

As you would expect, there’s a great deal of pressure placed on contestants who get thrown in to the instant save round. Especially so when that instant save determines whether or not you go on into the finale.

Competing against Team Blake‘s Pryor Baird and Team Kelly teammate Britton Buchanan, country artist Kaleb Lee stepped a bit out of his comfort zone and decided to perform a Southern rock classic. The song he chose was none other than Lynyrd Skynyrd‘s “Simple Man,” which is universally acknowledged as one of the greatest songs ever.

Skynyrd covers, and covers of “Simple Man” specifically, have popped up on The Voice a number of times before. In fact, the group actually joined Season 7 winner Craig Wayne Boyd to perform with him during the finale.

But just because “Simple Man” is a frequently covered song doesn’t mean that it’s an easy one to tackle. Lee knew that he had to nail his performance, otherwise his time on the show would be over.

How Everything Turned Out…

Of course, even if Lee delivered the most show-stopping performance of the season, there was always a chance that he could be sent packing by the end of the night. With those thoughts weighing heavy on his mind, he delivered his instant save performance of “Simple Man.”

Despite all of the pressure weighing on him, Lee ended up issuing a solid performance. Many viewers expressed their feelings that it was one of his all-time best. Some went so far as to say it was his absolute best performance on the show.

But was Lee’s best enough to save him from elimination? Unfortunately, no. In the end, Buchanan was the one who won the instant save, and Lee and Baird had to go home.

Even though Lee didn’t win the instant save, he can take pride in knowing he delivered one of his greatest performances. Go ahead and watch it below, then tell us if you think he should have moved on into the finale.