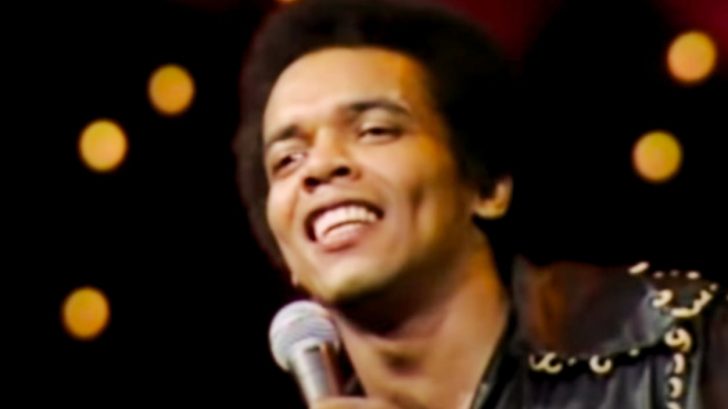 Johnny Nash may have been born in Houston, Texas, but he found his inspiration for his most iconic song on the island of Jamaica.

Nash already had an established career as a pop singer when he traveled to Jamaica in 1968. While there, he met Bob Marley, Peter Tosh and Bunny Livingston. He decided to sign them to his label, JAD records.

While working with these artists in Jamaica, Nash developed a deep love for reggae music.

“Johnny loved reggae,” Nash’s label partner Danny Sims told the Houston Chronicle in 2012. “And he loved Bob and the guys. He taught Bob how to sing on the mic, and they taught Johnny how to play the reggae rhythm.”

Nash incorporated that reggae rhythm into a song he wrote called “I Can See Clearly Now.” He released the track in 1972, and it was a smash success.

“I Can See Clearly Now” topped the Billboard Hot 100 chart in the U.S. for four weeks. It also claimed the #1 spot on the charts in Canada and South Africa. Understandably so, it went on to become known as Nash’s signature song.

The tune experienced renewed success in 1993 when Jamaican reggae artist Jimmy Cliff released a cover. His rendition of the song reached the 18th spot on the Hot 100 chart and claimed the #1 spot on the charts in France, Iceland, and New Zealand.

Nash remained active in music for a little longer after the success of “I Can See Clearly Now.” He released his last album, Here Again, in 1986.

Variety notes that Nash was reclusive in the later years of his life, and turned down requests for interviews:

“He made this decision and no one could talk him out of it” Sims told the Houston Chronicle back in 2012. “He walked away and stayed away. That’s not easy to do.”

Even though Nash stepped out of the spotlight some time ago, that didn’t make the news we received on Tuesday (October 6) any less devastating.

Nash’s son, Johnny Nash Jr., confirmed that he passed away earlier that day of natural causes at the age of 80.

Though his hit "I Can See Clearly Now" didn't release until he was 32, Johnny Nash had been singing and recording since the age of 17 https://t.co/kZMLqeUUX0

Variety reports that Nash is survived by his son, his daughter, Monica, and his wife, Carli Nash. Our hearts go out to them during this sad and difficult time.

Remember Nash by watching him perform his signature song “I Can See Clearly Now” in the video below. He was a true talent, and he’ll be so dearly missed.