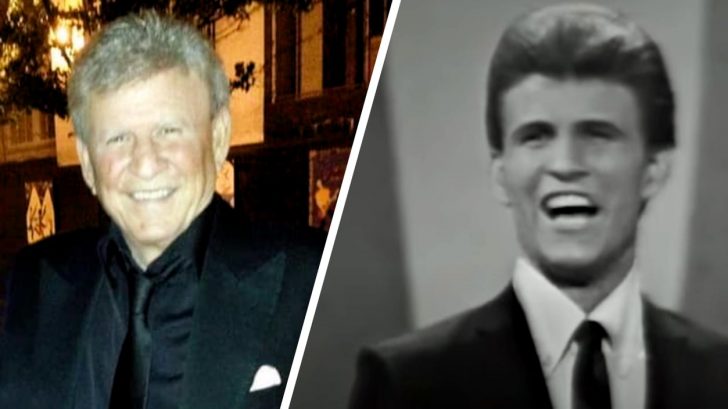 Bobby Rydell, the singer and actor who rose to fame as a teen idol in the 1960s, has died. He was 79 years old.

Rydell was born on April 26, 1942 in Philadelphia, Pennsylvania. He was only 17 years old when his biggest hit, “Wild One” was released.

“Wild One” was one of 34 singles of Rydell’s that charted on the Billboard Hot 100. He was also known for hit tunes such as “Volare,” “We Got Love,” and “Swingin’ School.”

Rydell starred in his first movie when he was 20 years old. He played Hugo Peabody in the 1963 musical Bye Bye Birdie. Ann-Margret played his love interest in the film.

During a 2020 interview, Rydell explained how his role in Bye Bye Birdie developed while they were filming:

“I go see the play, and I’m looking at Hugo Peabody, and he doesn’t sing, there are no lines, there’s no dancing, he just stood there. But, when I go out to start filming, Mr. (George) Sidney saw some kind of magic between Ann-Margret and myself, and every day that I went back to Columbia Studios, my script got bigger, and bigger, and bigger. More dialogue, more singing, more dancing. And I’m not a movie star by any stretch of the imagination, but if I had to be in one picture, it’s a classic, such as ‘Grease.’ And I’m really happy to be involved with something that was that wonderful.”

Speaking of Grease, the high school in both the play and the movie is named after Rydell. This is something he was incredibly honored by, as he once told The Morning Call:

“It was so nice to know that the high school [in ‘Grease’] was named after me. And I said, ‘Why me?’ It could have been Anka High, Presley High, Everly High, Fabian High, Avalon High. And they came up with Rydell High, and once again, total honor.“

In 2016, Rydell wrote a book titled Teen Idol on the Rocks: A Tale of Second Chances. He opened up about his struggles with alcohol and depression following the death of his first wife, Camille Quattrone, in 2003. The book also follows his journey to receiving and recovering from a double organ transplant in 2012.

Rydell remained active as a performer through the years. He was slated to tour with fellow teen idols Fabian and Frankie Avalon in 2022.

Sadly, Rydell passed away on Tuesday (April 5) due to “non-COVID-19 related pneumonia complications.” A statement about his death was released on his official Facebook page.

Because of his history, Rydell was a strong advocate for Gift of Life. The non-profit organization was established to help the families of those who experience and recover from organ transplants. Rydell’s family encourages people to donate to Gift of Life if they’re able.

Rydell is survived by his wife, Linda, his son, Robert, his daughter, Jennifer, and his five grandchildren. Our hearts and prayers go out to them during this difficult time.

Read the full statement about Rydell’s passing below. May he rest in peace.