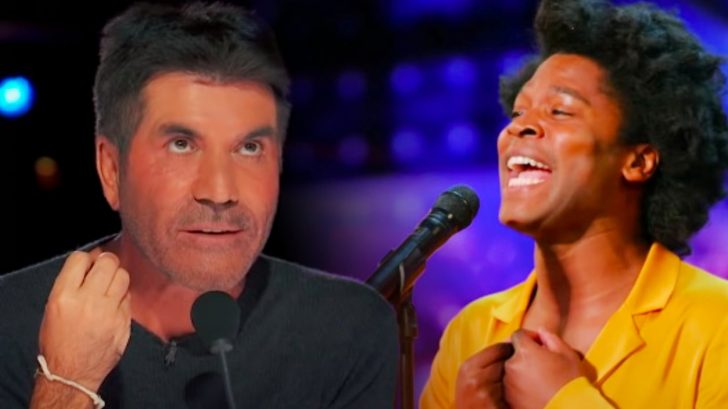 The song “Tomorrow” from the musical Annie is perhaps one of the most recognizable show tunes there is. The song has since been covered more times than we could ever begin to count.

In 2020, country singer and Sugarland member Jennifer Nettles shared a cover of the song on the day that Broadway had to shut down due to everything going on in the world. Nettles has also appeared on Broadway, so it broke her heart to watch all of the theater stages go dark.

A year later, the world heard another powerful rendition of “Tomorrow.”

America’s Got Talent contestant Jimmie Herrod stepped on stage for the Season 16 auditions and announced he’d be singing “Tomorrow.” This news was not pleasing to judge Simon Cowell, who said “Tomorrow” is the “worst song in the world.” In other words, he’s not a fan.

Cowell tried to convince Herrod to sing another song, but he had nothing else prepared. So he defied him and pushed through as planned.

As Herrod opened his mouth and began singing, even Cowell was amazed by what he heard. The looks on his face said it all!

“It’s not my worst song anymore,” Cowell said with a laugh as he spoke to Herrod after his performance. “I mean, unbelievable.”

Herrod’s performance managed to move all of the judges, but none more so than Sofia Vergara.

She tried to trick Herrod by saying she didn’t like the performance all that much. After pausing for a moment, she proclaimed how she “loved it” before hitting the golden buzzer.

Those who watch AGT know how significant the golden buzzer is. Each judge can only press it once during the auditions. So by pressing the buzzer for Herrod, Vergara made it clear she thinks he’s someone special!

Tune in below to watch Herrod’s extraordinary golden buzzer performance of “Tomorrow.”