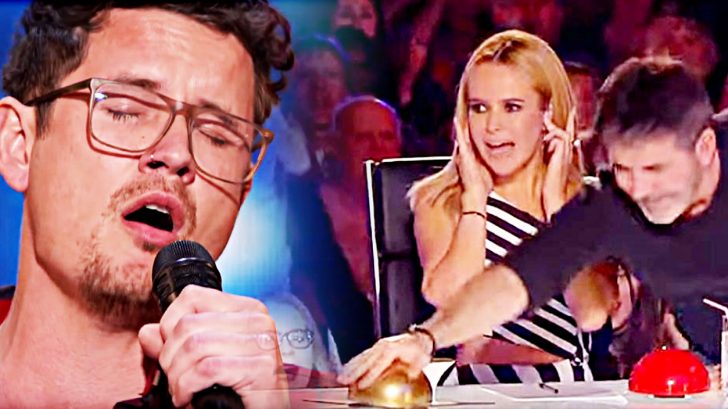 Taking the stage for the latest season of America’s Got Talent, this loving father poured his heart and soul out in a performance that, he said, was a way to prove to his kids there’s nothing in the way of their dreams.

Michael Ketterer and his wife Ivey started with just one child, a little girl, who eventually convinced them to adopt.

“It took my daughter three years to convince us to adopt. After we went through the process of getting certified to adopt, our very first call that we got were for three little boys. I promise I’m not making this up.”

After that, they adopted two more boys – and have a big family filled with love!

Appearing on AGT was a two-piece choice for him. A pediatric mental health nurse by day, Ketterer said that he wants all his kids to know that they can achieve their dream – no matter what. Speaking about their life without a real home and family, he said: “When you’re surviving – you can’t dream.”

“And that has been one of the most rewarding things, is providing them with a home and a safe environment where they’re free to dream. I’m here because I want to show them that their dad can live out his dreams, then nothing’s impossible for them.”

Clearly nervous, but filled with emotion, Ketterer belted out an impressive and absolutely breathtaking performance of the Bee Gees’ “To Love Somebody” that resonated so deeply with Simon Cowell, he quickly smashed the golden buzzer for him.

Watch this incredible family moment below that had all of them in tears by the end! Such a beautiful story.