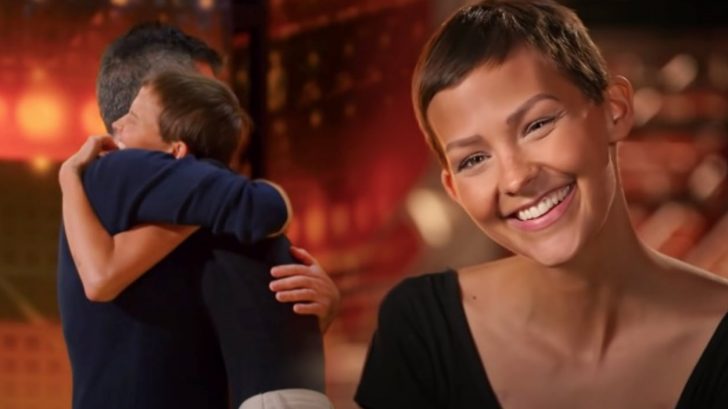 30-year-old Ohioan Jane Marczewski, known as Nightbirde, has touched the hearts of millions. The world fell in love with her after she auditioned for the 16th season of America’s Got Talent.

Nightbirde performed her original song, titled “It’s Okay.” The song was made all the more impactful because it is based on Nightbirde’s own battle with cancer.

The singer told the AGT judges the cancer is in her lungs, spine, and liver. She says she only has a 2% chance of surviving.

Judge Simon Cowell was moved by Nightbirde’s story and song. He ended up awarding her his golden buzzer.

Unfortunately, that was both the first and the last time Nightbirde performed on AGT. A few weeks after her emotional audition aired, she announced she was dropping out of the competition.

“I am so sad to announce that I won’t be able to continue forward on this season of AGT,” she said. “Life doesn’t always give breaks to those that deserve it—but we knew that already.”

She said her health took “a turn for the worse” and the cancer “is demanding all of [her] energy and attention.”

After making this announcement, Nightbirde made a surprise appearance on AGT via video call. With tears in his eyes, Cowell addressed her, saying:

“You made the decision, rightly so, that your health is your priority right now. And I know the last time we spoke you actually said you feel like you let people down. Well, I just want to say, on behalf of all of us, you haven’t let anyone down. Even though you haven’t competed, you have already won.”

In an interview with People ahead of the AGT season finale on September 14 and 15, Cowell said he and Nightbirde still talk to each other regularly, once every two weeks or so. He shared a short update on her health, saying:

“Unfortunately, she is really ill and could not make the finals. However, it was always her dream for her music to be heard by millions. That’s what’s happened off the back of this.”

Cowell said “it was a difficult conversation” when Nightbirde was trying to determine if she should continue competing on AGT or take a step away to focus on her health.

“I know that she was very down,” Cowell said. “I called her and I said that, ‘Honestly if I was in your position, I wouldn’t do it.’ Because you don’t need the stress right now. It’s just not worth it.”

During the AGT finale week, Nightbirde shared a post on social media saying it was “so hard” for her not to be there:

“I bet you never saw someone win so hard and lose so hard at the same time,” she wrote. “This isn’t how the story was supposed to go.“

But her post ended on a hopeful note, as she said, “Here we are, you and I, signing off on the risk of REBELLIOUSLY HOPING for better days.”

You can read Nightbirde’s full post below. Our hearts and prayers go out to her.