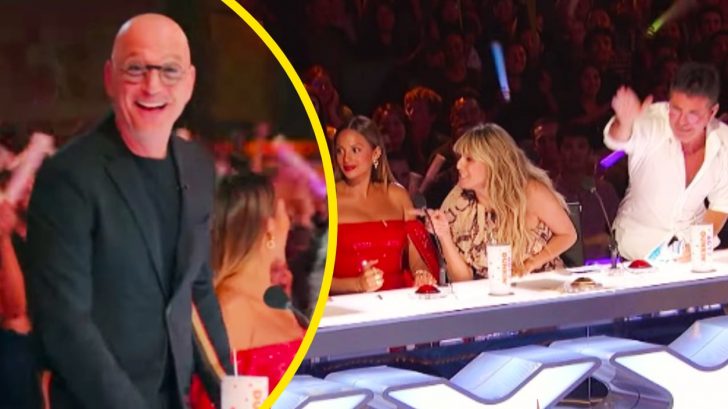 Bet you never thought you’d see a judge use a steal on an America’s Got Talent show!

All competition series have their own structures. On AGT, American Idol, and The Voice, the judges/coaches all get some say in who stays on the show and who goes home.

But The Voice‘s structure is arguably the most unique, since it has varying rounds such as the blind auditions, battles, and knockouts.

During the battles and knockouts, each coach gets the chance to steal. In doing so, they can steal a soon-to-be-eliminated contestant from another coach’s team.

But there are no coaches on AGT, and therefore no teams, meaning there’s no one to steal. Or at least, so we previously thought.

AGT is currently airing the second season of its spin-off series, The Champions. The show unites past winners and fan-favorite contestants from the various Got Talent shows around the world. These contestants battle it out to see who is left standing as the champion of champions by the end of the show.

Just like in normal seasons of AGT, each judge is given the chance to press the golden buzzer. In doing so, they save an act from elimination and send them straight to an advanced stage of the competition.

During the first week of Season 2 of The Champions, we watched Heidi Klum use her golden buzzer on 13-year-old singer Angelina Jordan.

As the second week of episodes aired, it seemed like Howie Mendel was the one gearing up to use his golden buzzer. He was encouraged by his fellow judges to press it for Marcelito Pomoy, who demonstrated the use of dual voices while singing “The Prayer.”

But Mendel didn’t press the buzzer then. Finally, he seemed to consider pressing it after a dance group named Boogie Storm took to the stage,

The group, which was dressed like Stromtroopers from the Star Wars films, previously appeared on Britain’s Got Talent. They were a favorite act of Simon Cowell’s, and he pressed the golden buzzer for them when they competed on that show.

So it was clear that Boogie Storm was a favorite act of Cowell’s, and he tried to get Mendel to press the golden buzzer.

However, he decided he was going to pass, and Cowell couldn’t handle it. So for the first time in AGT history, a judge stole a golden buzzer from another judge.

“You know why I did it? Because I believe the Dark Side is the good side,” Cowell said with a grin.

Talk about an unprecedented moment! You can watch AGT history unfold by tuning in to the clip below.