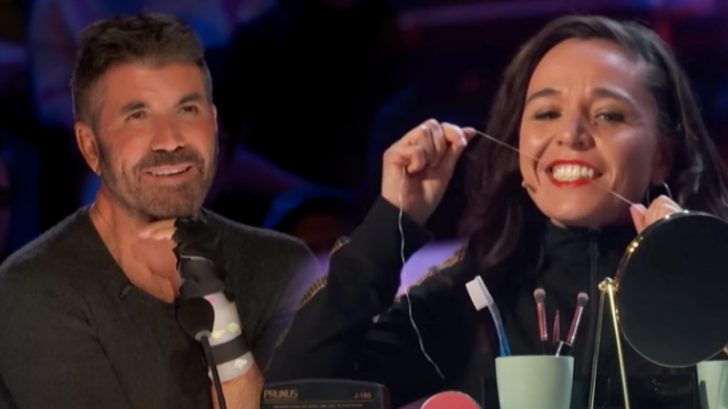 We’ve seen some incredibly skilled ventriloquists on America’s Got Talent in the past. Some of the most successful ventriloquists to come off of the show are Terry Fator and Darci Lynne Farmer, who won Seasons 2 and 12, respectively.

Yet another amazing ventriloquist impressed the judges with her talent during Season 17.

Celia Munoz is a singer from Spain who went on AGT to deliver one of the most unique ventriloquist acts we’ve ever seen. Instead of using puppets for her performance, Munoz utilized common items such as phones and radios.

Munoz is actually a trained opera singer, and just picked up ventriloquy two years ago. She says she learned how to perform ventriloquy by watching videos of Fator and Farmer’s famous acts.

“I kept practicing and doing shows in Spain and I wanted to come to ‘AGT’ because this is the place for this art form,” she said.

A post shared by America’s Got Talent Auditions (@agtauditions)

If Munoz hadn’t revealed that she’s only been practicing for two years, you’d assume she has been a ventriloquist for decades. She flawlessly switched between her voices, leaving the judges and the audience in awe.

All four of the judges gave Munoz a standing ovation at the end of her performance. Judge Simon Cowell said it was the “most creative” ventriloquy act they’ve seen in the history of the show. That’s some pretty high praise!

The other judges echoed Cowell’s comments. “That was so different than anything that we’ve ever seen,” remarked judge Sofia Vergara.

Watch Munoz’s outstanding performance in the video below!