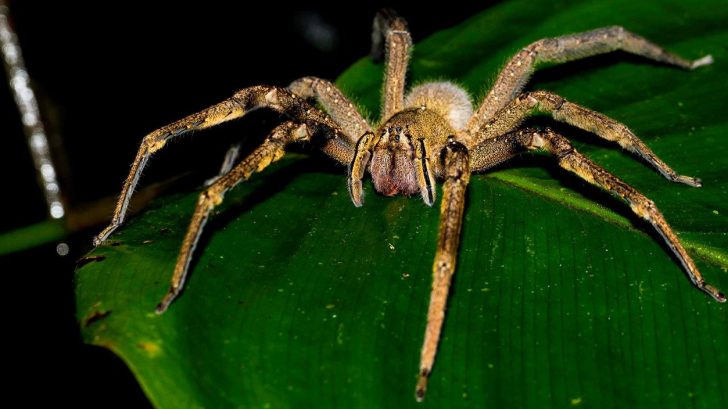 Two different shoppers had quite the scare after finding what they feared was a “deadly” spider and spider eggs in bunches of bananas from the same supermarket.

Geoff Greenwood and Keeley Ballard both say they bought the Costa Rican bananas at one branch of Tesco – a common supermarket in the UK.

Tesco sent a specialist to try and identify the spider who claimed that it’s a very high chance their banana stowaway was a young Brazilian wandering spider.

“The stripes on the legs are usually a giveaway.”

This spider bite is so deadly, victims can die within a couple hours of getting bit.

Greenwood is a 40-year-old father of two who claims he found the creature when the family got home from Tesco in Kidderminster, Worcester.

In an interview with the Mirror He said:

“We noticed it while unpacking in the kitchen. It looked like it had been squished when we packed the bags. I contacted Tesco straight away and got on social media to warn others, just in case. I’m very glad it was dead by the time we became aware of it – but the entire episode has put the kids off bananas.”

27-year-old Ballard is also a mother of two children. She spotted egg sacs on her fruit and recounted her experience:

“I couldn’t bear to keep them in the house, I poured boiling water on them and threw them out. I can’t fault Tesco though. This is the only problem I’ve ever had the whole time I’ve been using their stores.”

Tesco assured everyone there are strict controls in place to ensure that all their bananas are washed and inspected prior to packing and they are investigating the matter.

For a closer look at the Brazilian wandering spider, watch the video below.