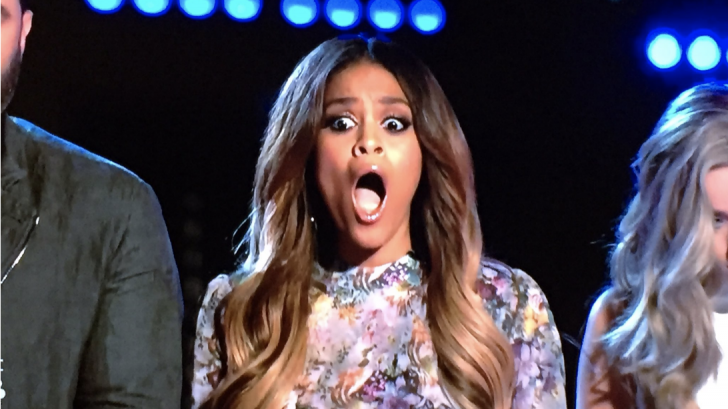 It was a brutal Tuesday night on The Voice as the Top 8 became the Top 4 and one coach was left without a team moving into the finals.

Coach Adam Levine’s final teammate, Rayshunn LaMarr, was eliminated, marking the first time in ten seasons that Levine hasn’t had a contestant in the finals.

During Monday night’s 2-hour episode, the Top 8 contestants performed solo and sang a duet with a fellow semi-finalist. Viewers voted throughout the night and the results were announced Tuesday. The three singers who received the most votes on Monday were instantly saved. The top three were: Spensha Baker (Team Blake), Brynn Cartelli (Team Kelly) and Kyla Jade (Team Blake).

Unfortunately for Team Adam’s LarMarr and Jackie Foster of Team Alicia, they received the least amount of votes and were eliminated. The remaining three singers, Pryor Baird (Team Blake), Kaleb Lee (Team Kelly), and Britton Buchanan (Team Alicia), were forced to sing for their lives Tuesday night as they vied for the season’s final Instant Save.

“I’m actually a little bit taken aback, shocked to see you even in this position,” Blake said to his team member, Pryor Baird. “By the way, all three of you — this is shocking. You know? But it’s The Voice. It’s tough.”

Viewers were equally shocked and took to social media to voice their disapproval.

What is happening? Is America deaf? HOW did #PryorBaird not get voted through? #VoiceSavePryor

2 of the 3 of Pryor Baird, Britton Buchanan, and Kaleb Lee will go home. Look what you have done, America. Just terrible. #TheVoice #VoiceResults #VoiceFinale #VoiceTop4 #VoiceTop8

I don’t understand why @BrittonBuchanan is having to sing right now. This dude is the best thing on The Voice in years. #VoiceSaveBritton

In the end, Buchanan won the Instant Save and earned himself, and coach Alicia Keys, a place in next week’s finale. Here are your official The Voice Season 14 Top 4:

Tune in next Monday, May 21 at 8 p.m. EDT on NBC, to hear the Top 4 compete for the coveted Voice title.