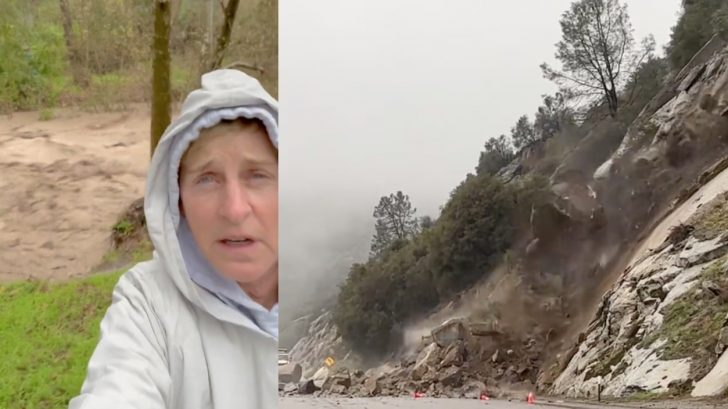 Recent flooding in California has caused widespread damage and disruption, with communities across the state struggling to cope with the effects of “unprecedented” rainfall.

California flood videos shared on social media and news outlets show the devastating impact of the floods, with homes and businesses inundated with water, and residents desperately trying to save their possessions.

The floods have been caused by an unusually heavy period of rainfall, which has overwhelmed local drainage systems and caused rivers and creeks to overflow.

The rainfall has been described as “unprecedented” by meteorologists, with some areas experiencing more than twice the amount of rain they would normally receive in an entire year which is even causing rock slides.

The floods have caused significant damage to homes and businesses, with many properties left uninhabitable. In some areas, residents have been forced to evacuate their homes to escape the rising waters.

Emergency services have been working around the clock to respond to the crisis, rescuing residents and providing aid to those affected. The National Guard has also been deployed to assist with rescue efforts and provide support to local communities.

Locals are also reaching out to their neighbors and offering help in any way they can.

California flood videos also show how the rising water level has caused significant damage to infrastructure, including roads, bridges, and other public facilities.

This has caused severe disruption to transportation and communication, making it difficult for emergency services to reach affected areas. It will also cost a lot to rebuild and repair these infrastructures.

The situation remains ongoing, and residents are urged to take precautions and stay safe. The state has also urged people to be prepared for potential evacuation and to have their supplies ready in case they have to leave their homes quickly.

The governor has also declared a state of emergency in the affected areas, which will help to expedite the release of resources and aid.

Even Ellen DeGeneres posted a video of the heavy rainwater affecting her area.

Montecito is under mandatory evacuation. We are on higher ground so they asked us to shelter in place. Please stay safe everyone. pic.twitter.com/7dv5wfNSzG

Overall, the severe flooding in California has caused significant damage and disruption to local communities, and the full extent of the impact may not be known for some time.

The state and local authorities are working to respond to the crisis and provide support to affected residents, and residents are encouraged to stay safe and stay informed about the situation.

The footage captured in the form of videos serves as a reminder of the devastating impact of natural disasters and the importance of being prepared for them.