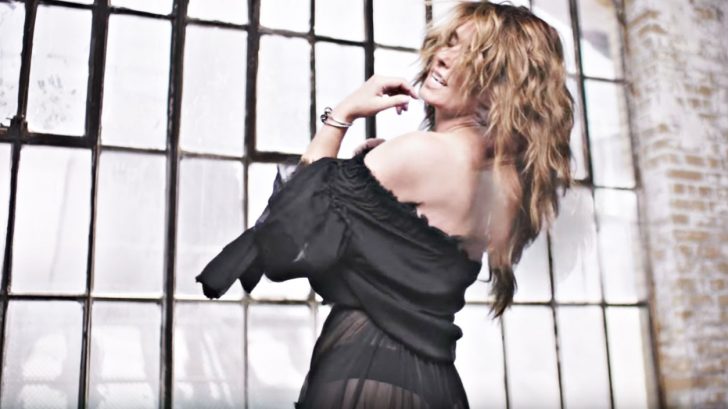 Going from a sheer black dress that leaves little to the imagination to a spandex bodysuit adorned with sequins, this 52-year-old country pop superstar isn’t anywhere close to giving up her status as a sex symbol.

@thelaunchctv premieres 9pm ET tonight on CTV, make sure you tune in!

With the release of her first album in more than a decade on in September 2018, Shania Twain also dropped a music video for her second single, “Swingin’ With My Eyes Closed.”

The video opens with Twain walking away from the camera in a very sheer, flowing black dress displaying her assets as she begins singing against a pane of warehouse windows. Accentuated with professional ballet dancers, Twain’s “Swingin'” features clips of her as she sings the song about letting loose and enjoying moments as they come.

A sultry and sassy video isn’t anything new for Twain who was first met with significant criticism when she was bearing her midriff throughout her meteoric rise to fame in the 1990s.

It's the 20th anniversary of my album 'Come On Over' on November 4th! ?

Along with the entirety of her album, Now, this song is one of the first written solely by Twain herself as a part of her healing process following a messy divorce and medical fight to save her vocal cords.

Watch the full music video for Shania Twain’s “Swingin’ With My Eyes Closed” below and let us know what you think in the comments.