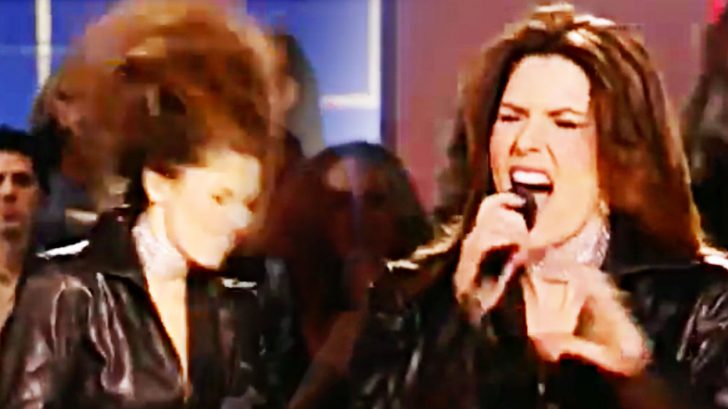 The queen of country-pop has gone hardcore rock…sort of.

Shania Twain started off her singing career by performing in rock cover band throughout her teen years. With that band, she sang hard-rocking hits from Pat Benatar, Heart, Def Leppard and many others.

Later on, she began performing similar hits during her performing job at the famous Deerhurst Resort in Canada. There, she was a lead singer and performed in a full-featured show that drew thousands to the popular vacation destination.

After kicking off her career in country music and marrying famous producer and songwriter, Mutt Lange, she returned to those rock days – if only for a moment.

Twain, who is the highest-selling female music artist in country music, took to the stage in 2004 for a live performance that would be recorded and sold as her fourth live album – and had a very small audience.

She wanted it to feel very intimate and titled the session Up! Close & Personal. Bringing in Alison Krauss and Union Station as the backing band, she worked on a set list of 12 songs that were a mixture of hits from her albums – but had one surprise!

Lange, who produced for AC/DC at one point in his career – had a hand in crafting their classic hit, “You Shook Me All Night Long.” Naturally, Twain (who loved this song) reimagined it into a twangy version that had a very “Shania” feel.

Starting off the performance, she talks about her teen years and even tosses in a bit of headbanging before jumping right in!

Check out Shania Twain’s unique cover of “You Shook Me All Night Long” below.