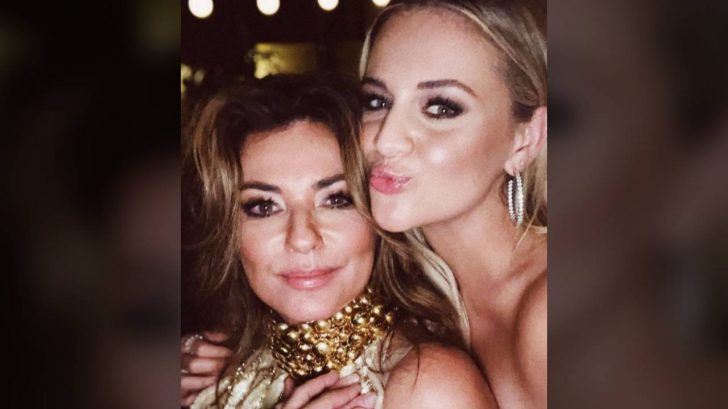 90s country music is making a comeback, so why can’t 90s country fashion?!

The 15th ACM Honors took place on Wednesday, August 24. According to its website, the ACM Honors is an awards show “dedicated to celebrating special award honorees, off-camera category winners.”

While the awards show took place on Aug. 24, it will air on Fox on Tuesday, September 13.

While we will have to wait until then to watch all the performances for all the honorees, but thanks to social media we have a little sneak peek at what to expect.

After looking through the ACM’s Instagram post of all the stars on the red carpet, we realized Kelsea Ballerini’s dress looked very familiar! After more investigation – and then confirmation from Ballerini herself – the dress was actually the exact one Shania Twain wore to the 1999 Grammy Awards!

Apparently, Ballerini reached out to Twain about the white dress, and the “Any Man Of Mine” singer was thrilled. The dress was actually on display at the Grammy Museum, so Ballerini had to get it on loan for 24 hours.

See more photos of the dress below.