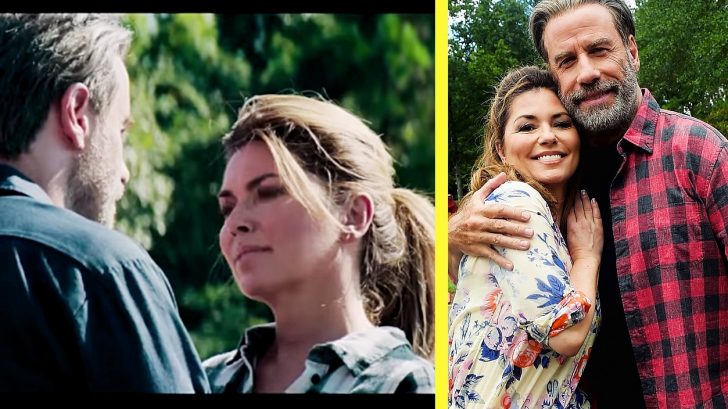 Trading Paint is just one of many films Travolta has done in his career – but after more than 45 motion pictures and raking in $2.4 billion at the box office, he’s started to select films that he is really drawn to. His recent choices aren’t huge box office hits, but he’s enjoying his time working on them.

“I can’t wait for you all to see this,” Twain said in a recent tweet about the forthcoming movie.

Trading Paint is scheduled to be released on February 22nd, 2019 at select theaters across the United States and also some in Spain.

The story is about a former star race car driver and his son. After stepping away from racing the father, Sam Munroe (played by Travolta), moves into owning a team – who his son is racing for.

After a period of setbacks and failures, the son decides to go race for a competing team and that lights a fire inside his enraged father. The two then end up battling head-to-head on the track and must overcome their differences both at home and behind the wheel.

Shania Twain plays Becca, the love interest of Munroe, and a local school teacher. Together, the two admit they’ve had a blast filming in the South and many times Twain has tweeted new photos or clips from the film.

Now, the very first official trailer has been released of the film and shows a whole new side that folks have never seen before.

Considered a “racing drama” film, Trading Paint will surely be a whole new experience for fans of Travolta and especially for fans of Twain.

Check out the complete trailer for this new film below and let us know if you’ll be seeing it when it debuts!