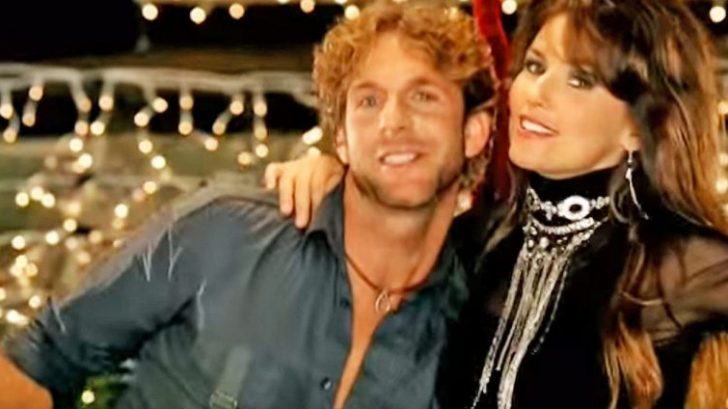 While her duet history is small, this sexy hit more than makes up for it! As part of her Greatest Hits collection released in 2004, Shania Twain notched three additional songs onto her extensive collection of country songs, including flirty duet “Party for Two” featuring the vocal stylings of Billy Currington.

The video for “Party for Two” kicked off with the bombshell country singer calling up Currington on her flip phone to invite him to her exclusive party only he was invited to. Reluctant at first to attend, the chiseled country singer caved and the two threw an epic party, complete with the pair swinging from a giant velvet rope.

The pair filmed the video on the ritzy streets of west London’s South Kensington neighborhood. While filming the sultry video, passersby were able to watch Twain as she sashayed down the streets of the European country attempting to entice Currington to attend her soiree.

“Party for Two” marked Twain’s 16th song to consecutively dip into the Top Ten on the country charts.

You can watch the sexy “Party for Two” below.