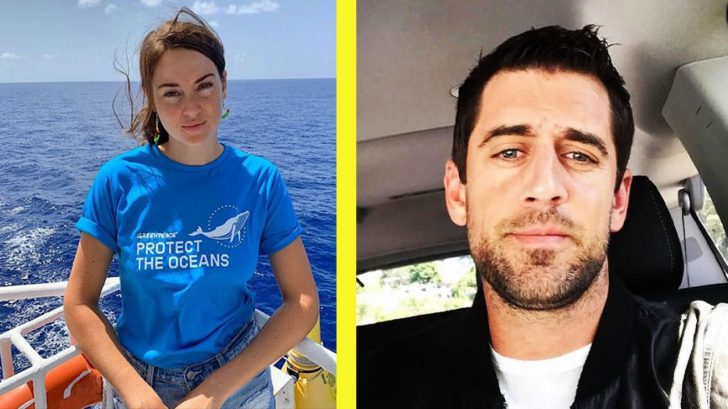 Shailene Woodley says she and Aaron Rodgers jumped “headfirst” into a relationship. The two of them hadn’t been dating for that long before they announced they were engaged. While it may seem fast to many people, Woodley recently opened up to explain why they felt comfortable taking this step in their relationship.

Woodley, who confirmed her engagement to the NFL star in February, said the couple “immediately” moved in together when they first started dating during the COVID-19 pandemic.

“Starting a relationship where you immediately move in with someone – because it’s a pandemic and you can’t just get on a plane and go back and forth on weekends – taught us a lot about each other very quickly,” she said during an interview with Shape on Monday, June 8, 2021. “We jumped in headfirst and got some of the sticky bits out of the way early.”

She explained that when she first quarantined at the start of the pandemic, she was alone with her dogs and didn’t see anyone for three months. Shortly after the two of them met, they decided to move in together while Woodley was filming in Montreal, and Rodgers was busy preparing to guest host Jeopardy!

Fortunately, things worked out for the happy couple and they are now starting to plan their wedding.

Listen to more highlights from the interview below!