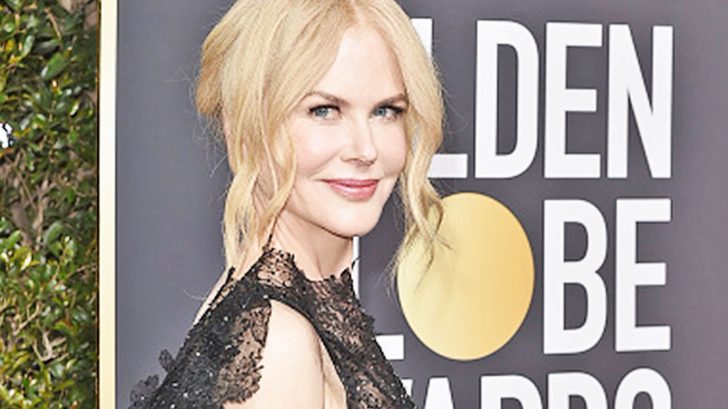 “My mom was an advocate for the women’s movement growing up, and standing here, my achievements are her achievements,” she said in her acceptance speech. “This character I played represents something at the center of our conversation right now: abuse. I hope we can elicit change…Let’s keep the conversation alive.”

The Australian actress also took a moment during her acceptance speech to give a special shoutout to daughters Sunday Rose and Faith Margaret as well as her husband, country music superstar Keith Urban.

In addition to Kidman, Laura Dern and Alexander Skarsgard took home the awards for best-supporting roles in a limited series in addition to Big Little Lies taking home the award for “Limited Series or Motion Picture Made for Television.” Following the show’s massive take homes at the award show, Kidman took to Instagram for her first-ever post to the social media site to celebrate the moment.

“About last night……shut the place down!!! I am so proud of my Big Little Lies family and to have stood with my sisters on such a special night,” the Oscar-winning actress captioned her post alongside a photo of Kidman holding her latest trophy.

Kidman took on the role of Celeste Wright in the HBO Mini Series, telling the complicated story of a woman trapped in a psychosexually abusive marriage. The actress hopes to shine a light on the issue of domestic violence in our nation that has left women feeling silenced for centuries.

You can check out the photo below.

About last night……shut the place down!!! I am so proud of my Big Little Lies family and to have stood with my sisters on such a special night. #TimesUp