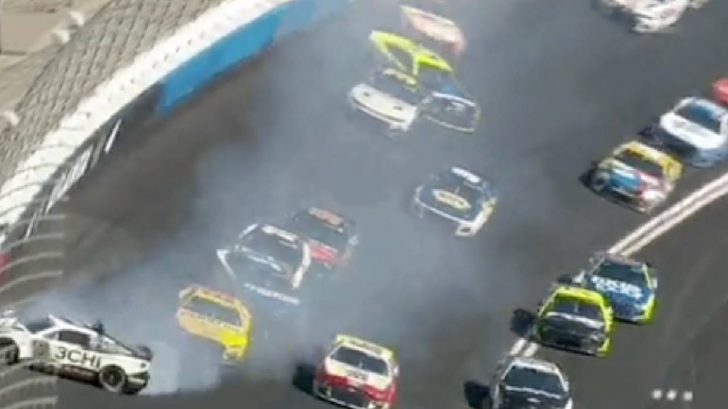 The newly-paved Atlanta Motor Speedway was home to the latest NASCAR Cup Series race, the Folds of Honor QuikTrip 500, on Sunday (March 20).

CBS Sports reports that “the end result was one of the most remarkable races in the speedway’s history,” with Hendricks Motorsports’ William Byron taking home the victory in the Number 24 car.

Byron finished the race with a time of 3:57:14, averaging a speed of 126.584 for the entire 500 mile race. His finish made history, according to CBS Sports because it “shattered the record for both the most lead changes and the most different leaders in over 60 years of history at the Georgia speedway.”

While the finish was historic, there was something else about the race that made headlines: a 13-car crash. During Stage 2, Tyler Reddick’s tire went out and he caused the major crash.

Tyler Reddick loses a tire from the front and causes a rough time for a bunch of drivers, but @CoreyLaJoie pulls off the full 360 with a hop. pic.twitter.com/6sg5F1KKjc

And watch Byron’s win below, which also had a crash happen right behind him.

THE 24 WINS AS CARS CRASH BEHIND HIM. Retweet to congratulate William Byron on his Atlanta victory! pic.twitter.com/MlgxU1hDKJ