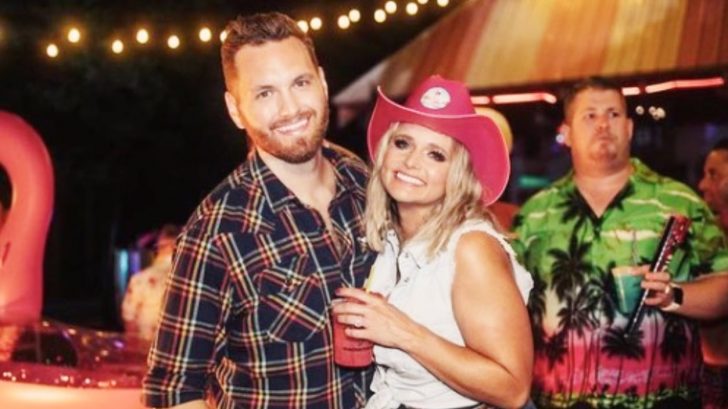 Did y’all know that Miranda Lambert has a brother?

Miranda is the eldest of two children born to Rick and Bev Lambert. Her little brother, Luke, was born a few years later.

Luke has popped up in photos on Miranda’s social media pages from time to time. Whenever they’re photographed together, fans always comment about how similar they look!

More recently, Luke and his husband, Marc, appeared in Miranda’s music video for the Telemitry remix of her song “Tequila Does.” It was the first time Miranda had ever remixed one of her songs, and she wanted to hear what Luke thought of it before she shared it with the world.

“I knew it was right up my brother @lukelambert’s alley so I sent it to him to see what he and his husband Marc thought,” Miranda said in an Instagram post. “They loved it and that gave me the confidence to put it out there.”

It’s clear that Miranda and her brother are super close. She made her love for Luke all the more obvious when she put up a post in celebration of his 33rd birthday on Thursday (September 9).

The post contained an adorable throwback photo of young Miranda holding Luke when he was a baby. She also posted a photo of the two of them that was taken on the set of the “Tequila Does” video.

“Happy Birthday baby bro! @lukelambert love you so much,” she captioned the pictures.

You can see more of Luke in the music video for the “Tequila Does” remix below. It also features appearances from Miranda’s husband, Brendan McLoughlin, and his brothers.

We hope Luke had the happiest birthday this year!