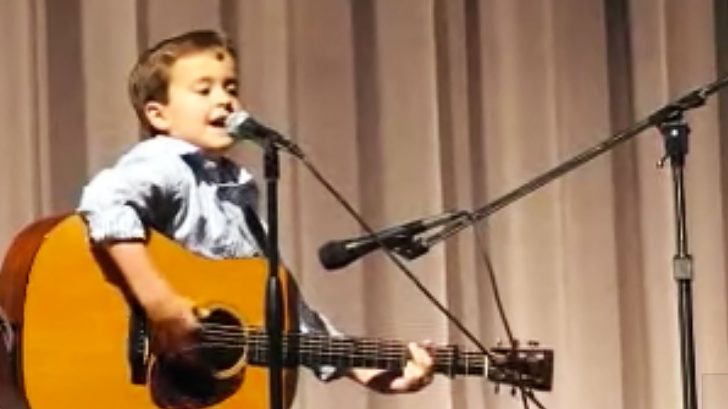 One second grader has been skipping recess to buckle down and become the musical prodigy we’ve been waiting for. Known as “Little Johnny” because of a previous cover of Johnny Cash, this incredibly talented boy has mastered guitar skills that are comparable to those well beyond his years.

Performing the Flatt and Scruggs hit “I Wonder Where You Are Tonight,” Little Johnny wastes no time showcasing the guitar abilities that make him the sensation he is! While his instrument is almost bigger than him, this tyke has no problem wrangling the musical beast and captivating his adoring audience.

After just minute of his performance, Little Johnny swept the crowd off their feet with an advanced guitar solo that brought the audience to a standing ovation. We’re not sure if he was performing in a talent show or not, but if he were, we’d award him the first place trophy!

“I Wonder Where You Are Tonight” has been covered by several country artists including Dolly Parton, Porter Wagoner, Hank Snow, and more, but most famously by the legendary duo Flatt and Scruggs, which was made up by Lester Flatt and Earl Scruggs.

Check out Little Johnny’s performance of the song below.