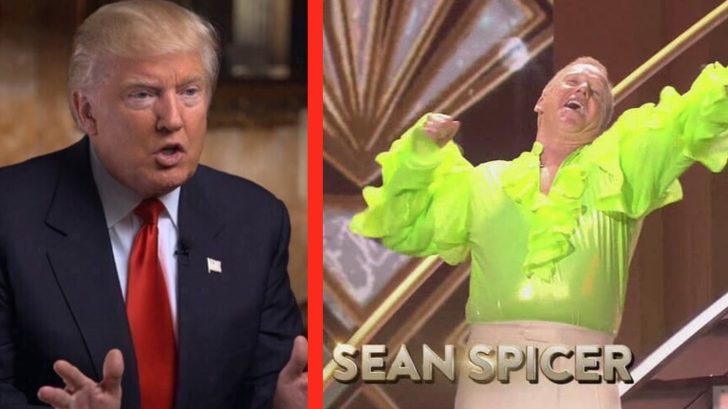 After one of the most famous runs as a celebrity on Dancing With The Stars, former White House Press Secretary, Sean Spicer, has been officially eliminated from the ABC hit television show.

For many, this comes as a great relief – Spicer was often considered to be a sub-par dancer who many believed should have been eliminated much earlier in the competition.

For the last few weeks, America has continued to vote for Spicer and keep him in the competition regardless of the official judges giving him substandard scores.

During last night’s episode, Monday, November 11th, 2019, Spicer was eliminated during the Boy Band & Girl Group themed event that also served as the season’s quarterfinals. The decision was between eliminating Spicer or country singer Lauren Alaina.

The only thing that had kept Spicer in the competition this far was the fan voting segment, but it appears that even with a surprise endorsement from President Trump on Twitter – he didn’t claim enough votes to stay on again.

So @realDonaldTrump deleted his support for @seanspicer after Sean lost 😂 #DWTS pic.twitter.com/4E7LzkctlR

President Trump then deleted the tweet after Spicer was eliminated and replaced it with a congratulatory tweet recognizing Spicer’s effort during his run.

A great try by @seanspicer. We are all proud of you!

Watch his elimination along with a few of his performances while on Dancing With The Stars below and let us know in the comments if you think he should have stayed!