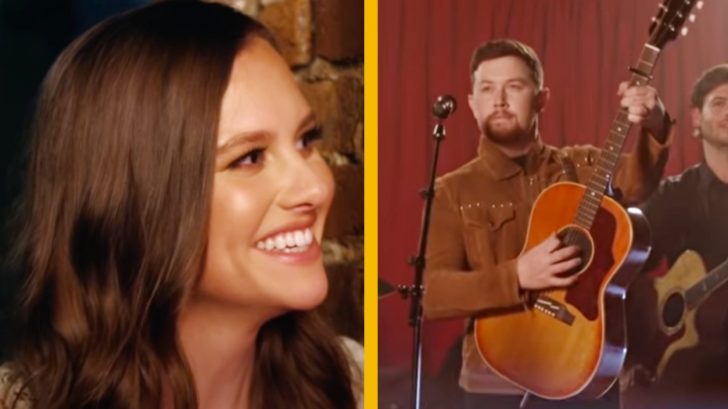 Scotty McCreery’s wife, Gabi, made an appearance in his latest music video, “You Time.”

Directed by Brianna Fish, the video switched between Scotty performing with his band and clips of a newly married couple as they settled into their first home. Gabi makes her debut at the end of the music video. At first, Gabi smiles as she watches Scotty from the side of the stage, but soon, the country crooner joins his wife. Scotty takes Gabi by the hand as the two leave the venue, ending the music video’s tone on an authentic note.

“‘You Time’ is a fun, romantic, upbeat song and I feel like the video captures all of that, moving back and forth between my performance and the scenes with the couple who are starting their life together,” Scotty explained in an interview with CMT. “It was just great to be back with my band and crew as we shot this video. With the pandemic, I haven’t seen them very often and I’ve missed hanging with them. Was a fun shoot. Bree [the director] made the set so chill and easy. It was my first time to work with her and I really enjoyed it.”

Scotty also admitted that the final scene of the video is what inspired him to write the single. Still, while Scotty’s inspiration came from Gabi, the singer believes that “you time” is an essential element for every couple.

“We all need ‘You Time’ with our significant other – for fun, romance, a recharge, and more,” Scotty explained. “It’s important we make time for that to happen often.”

Watch the full music video below.