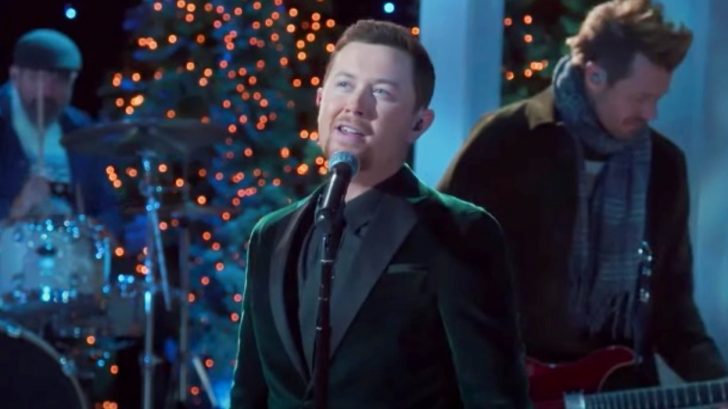 “A Holly Jolly Christmas” is a classic Christmas tune. It was written by songwriter Johnny Marks in 1942 and was originally recorded by The Quinto Sisters.

The song reached a heightened level of fame when it was included in 1964 animated television special Rudolph the Red-Nosed Reindeer. Burl Ives performed the song as his character Sam the Snowman.

“A Holly Jolly Christmas” has remained popular after all these years. It continues to appear on the charts every holiday season.

Several artists have recoded notable covers of “A Holly Jolly Christmas,” including Lady A, Michael Buble, and Alan Jackson.

Scotty McCreery joined that list of artists when he recorded the song for his 2012 holiday album Christmas with Scotty McCreery. The album was a huge success, and peaked at the #1 spot on the Top Holiday Albums chart.

McCreery revisited “A Holly Jolly Christmas” when he performed on the CMA Country Christmas special in 2022. He delivered a lively cover of the tune that also featured the CMA’s reigning Musician of the Year, Jenee Fleenor, on fiddle.

“…That’s so great. You really rocked the house Scotty. That is an awesome band. Love your voice for this song. Love you!!”

“I love watching how much fun you have! Great performance!”

“Had a Holly jolly time listening to you sing on CMA music show. Enjoy your singing anytime.”

“Very wonderful show! If that didn’t put you in the Christmas mood your [sic] the scrooge!”

You can watch McCreery sing “A Holly Jolly Christmas” on CMA Country Christmas by tuning in to the video below. We always love hearing him sing holiday tunes!