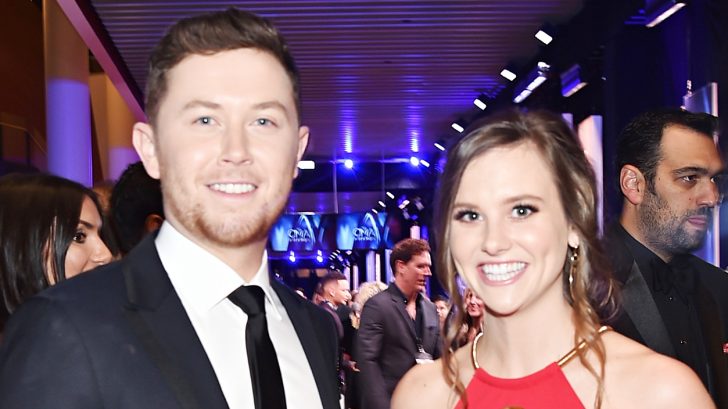 Scotty McCreery and new wife, Gabi’s story is one of the greatest love stories of our time. The couple has known each other for most of their lives and on June 16, 2018, the two were wed during a beautiful ceremony. But of all their adorable moments together, this one might just be our favorite…

Gabi McCreery admitted in an interview with The Knot that she has had a crush on her now-husband since she was just five years old!

Scotty chuckled and told them, “Her diary in kindergarten… you’ll see ‘McCreery’ written all over it.”

It looks like Gabi always knew she would marry her childhood friend, but what they didn’t expect was for him to be as famous as he is!

So many cute #mcdugal photos . @ScottyMcCreery & @Yoo_GabaGaba will be getting married soon Crazy to think they met in kindergarten &Gabi would write mrs McCreery in her notebook & any day now her last name will change to it I'm happy Scotty found amazing girl that loves him4him pic.twitter.com/ZIiBtGl6h2

The Road To Stardom

In 2011, Scotty signed up to audition for American Idol when he was just 16 years old. He wowed the judges with his deep voice singing “Your Man” by Josh Turner and “Put Some Drive In Your Country” by Travis Tritt. He moved on through each round and after millions of votes were cast – he won the whole thing!

Winning American Idol kicked off his career as a country music singer and ultimately led to him becoming one of the best known modern artists.

The Perfect Girl For A Country Boy

Even as Scotty became famous, he had Gabi to keep him grounded. The high school sweethearts stuck out the years together and during a hike up the Little Lost Cove mountains, he popped the question.

The couple tied the knot in the Blue Ridge Mountains of North Carolina and the wedding was so beautiful, Scotty used footage from it for his “This Is It” music video.

Remembering The Day She Said “Yes”

A little over a year later, and the two are at it again. They hiked up the same trail that started it all – this time it was a little more relaxed for Scotty. When Gabi asked him how it felt to be back up on the cliffs, Scotty told her, “I’m a little less nervous this time.” The two joke around for a bit – showing that the best marriage is one with your best friend.

You can watch the couple’s cute conversation in the video below and let us know what you think about revisiting the place you get engaged a year later!