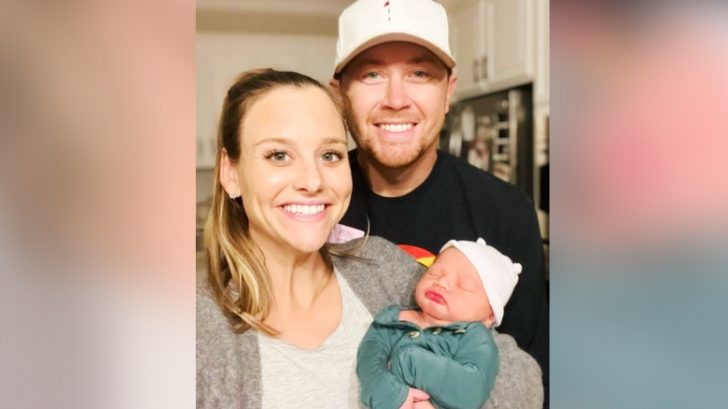 Scotty McCreery and his wife Gabi welcomed their first child, a son, on Monday (October 24). They shared the happy news the following day (October 25) alongside some photos of their baby boy:

“Never known a love like this…Merrick ‘Avery’ McCreery joined us 11 days early on October 24th at 4:34am! 7 lbs 13oz of nothin but love…Thank yall for all of your prayers during this exciting season of life! Healthy baby and a healthy mama! Praise God.”

Scotty and Gabi named their son Merrick after Gabi’s father, Merrick “Tre” Dugal III. He will go by his middle name, Avery.

In a press release issued after Avery’s birth, Scotty said he’s “excited” Avery will carry on the McCreery name, since Scotty was previously the last boy in the family. He gushed about his son, saying, “Next to his mother, he is the most beautiful thing I’ve ever seen.”

Scotty and Gabi brought Avery home on Wednesday (October 26). They posed for a picture to celebrate, and shared it with the caption, “Welcome home, Avery!“

The picture shows Gabi standing in front of Scotty while holding Avery in her arms. Avery was wearing a striped beanie and a dark green outfit with buttons at the top.

Both Scotty and Gabi were sporting the biggest smiles…parenthood looks good on them!

Look below to see baby Avery’s first photo from home. Congratulations to Scotty and Gabi!