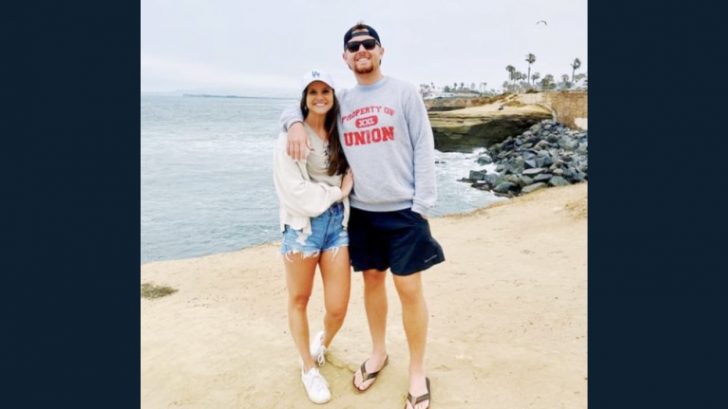 Scotty McCreery and his wife, Gabi, are expecting their first child. The couple shared the happy news in June. They also announced they are having a baby boy.

“Baby boy McCreery coming soon!” Scotty captioned a series of pictures announcing the pregnancy. Gabi is due to give birth in the fall.

Scotty is excited to become a dad. During an interview with Audacy hosts Rob + Holly, Scotty named all of the things he’s looking forward to introducing to his son.

First and foremost, Scotty can’t wait to teach his son about all of his favorite sports, especially baseball:

“…just because that’s such a huge thing for me,” he said. “Baseball… Gabi’s gonna give him a soccer ball because she’s great at it. Golf, all that stuff…“

Of course, Scotty plans to introduce his son to music as well:

“…and then once he’s old enough, we’ll get him a little guitar and see if he wants to play guitar too…” he said.

Scotty and Gabi went public with their pregnancy news just days after they celebrated their fourth wedding anniversary. Their wedding was filmed for Scotty’s official music video for his #1 song “This Is It,” which you can watch below.

Congratulations to Scotty and Gabi on their growing family!