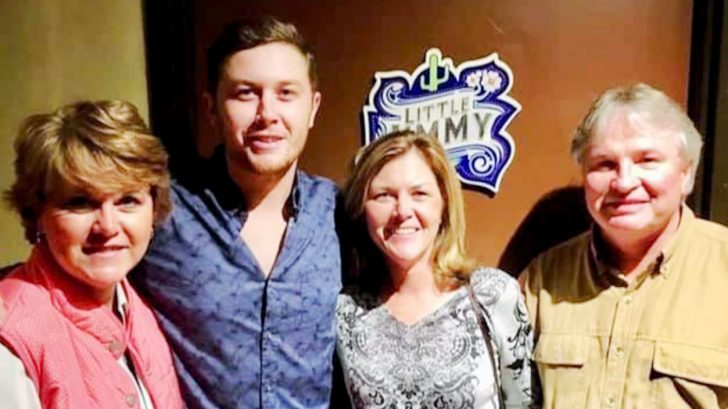 Scotty McCreery recently said “goodbye” to one of his beloved family members…his Uncle Mark. As Scotty shared in a tribute to Mark on Facebook, he was a “God fearing, hard working, respectful, never met a stranger kind of guy.”

Mark was laid to rest on June 7. Scotty made it clear how much he will miss his uncle, writing:

“Love you and miss you Uncle Mark. Can’t wait to see you again someday!“

Along with his tribute, Scotty shared several pictures of Mark. One picture shows Mark posing for a photo with Scotty.

Scotty told a short story underneath the photo. He said his Uncle Mark was the person who gave him his first-ever “real” pair of boots. Scotty recalled how he later wore that same pair of boots when he competed during Hollywood Week on the tenth season of American Idol.

As we now know, Scotty went on to win the show.

Scotty also spoke about how his Uncle Mark was known for building race car engines. On another photo, Scotty said his uncle was “One of the best race engine builders on the east coast.”

Alongside another photo, Scotty said Mark’s cars, “…more often than not ended up in Victory Lane.”

Scotty also shared a picture of one of his Uncle Mark’s engines. The engine has a sticker on it that Mark placed on every engine he constructed. These stickers cited Acts 2:21, which reads, “And it shall come to pass, that whosoever shall call on the name of the Lord shall be saved.”

You can read Scotty’s full tribute to his Uncle Mark below. It sounds like he was an incredible man.

Our hearts and prayers go out to Scotty and his family during their time of grief. May Mark rest in peace.