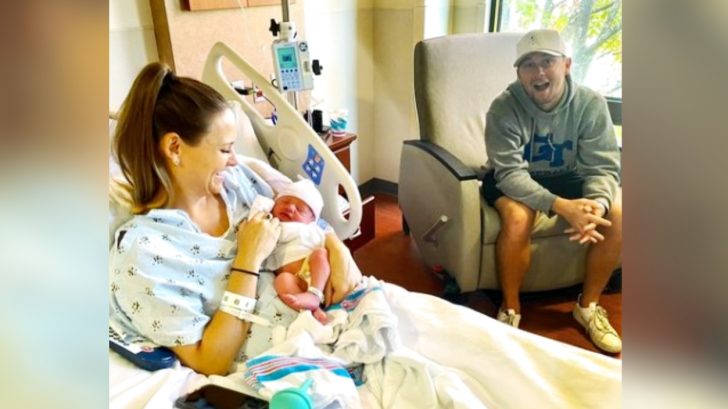 Scotty McCreery and his wife, Gabi, welcomed their first child on October 24. Gabi gave birth to a baby boy who weighed seven pounds and thirteen ounces.

The McCreerys shared that they named their son Merrick “Avery” McCreery. They said:

“Merrick ‘Avery’ McCreery joined us 11 days early on October 24th at 4:34am! 7 lbs 13oz of nothin but love…Thank yall for all of your prayers during this exciting season of life! Healthy baby and a healthy mama! Praise God.”

Scotty and Gabi also shared a bunch of photos alongside their son’s birth announcement.

Scotty explained the meaning behind his son’s name in a press release cited by the Raleigh News & Observer.

He and Gabi chose a family name for their baby boy. He is named after Gabi’s father, Merrick “Tre” Dugal III. So although his first name is Merrick, he will go by his middle name, Avery.

Since Scotty was the last boy in his family, he’s “excited” his son will continue to carry on the McCreery name as well.

Scotty gushed about Avery, saying, “Next to his mother, he is the most beautiful thing I’ve ever seen.” He’s thrilled to embark on “a grand new adventure” of raising Avery with Gabi.

Congratulations to Scotty and Gabi on the birth of baby Avery! We’re so happy for them!