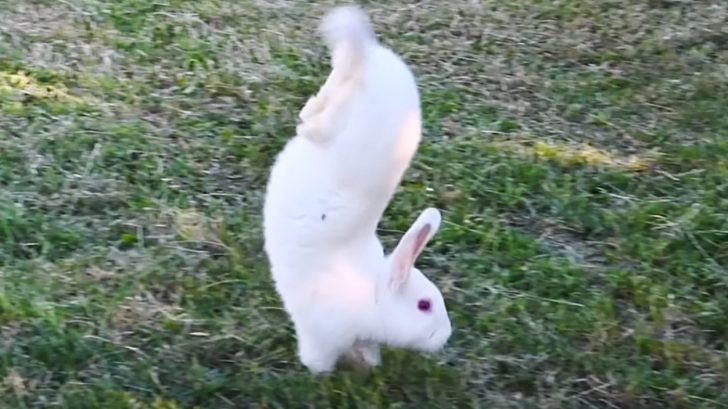 Instead of hopping, a mysterious lineage of French rabbits prefers to walk around by performing handstands.

While the rabbits’ handstands may sound like an adorable stunt, the animals’ acrobatic quality results from stunted genetics. According to a paper published in PLOS Genetics, the handstands are a result of a genetic mutation. The recessive trait was first discovered in a domesticated rabbit of the Parisian suburb in 1935; however, it’s suspected that the mutation may have been hidden in the lineage’s genetic code for generations.

Unfortunately, the rabbit variety, known as “the Alfort jumper,” is also much more likely to develop cataracts, which are cloudy areas in the eye’s lens, and blindness. In the wild, the rabbits would have very little chance for survival. While the rabbits can walk on all fours, when the bunnies feel rushed or threatened, they walk on their two front paws. These attributes would make the animals an easy target for predators.

After years of study, scientists believe that the actual mutation does not cause handstands, but instead, the rabbits’ leg muscles grow too tense to hop when provoked. The headstand is the rabbits’ way of troubleshooting the issue.

For more on rabbit behavior, check out the video below.