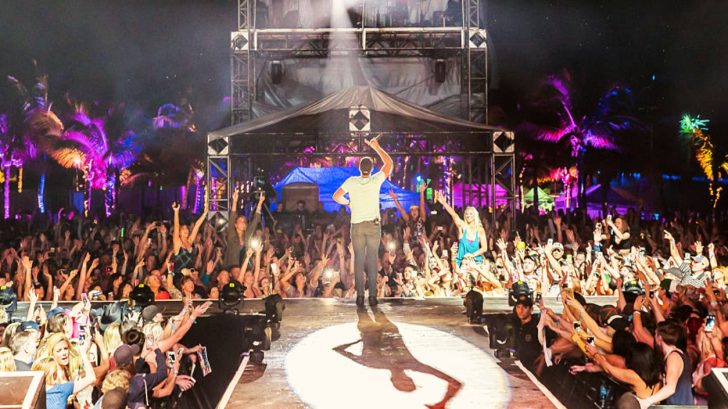 If you regularly attend country concerts, you know exactly why. Maybe you simply love the music, or enjoy dancing the night away with friends.

Regardless of why you attend, we bet that during and after 99.9% of the concerts you go to, you find yourself in an even better mood than you were before.

Well, there’s actually a reason why you find happiness in your favorite country concerts and other live music events, and it’s based in science.

A study conducted by Patrick Fagan, expert in behavioral science and Associate Lecturer at Goldsmith’s University in London, proves what concert-going fans like you have known for years…that attending concerts can greatly benefit your mental health.

The study, which was done in conjunction with and published by UK concert venue O2 in March 2018, uncovered some findings that frequent concertgoers will be delighted to hear.

How The Study Worked

According to a summary of the study on studyfinds.org, 60 British adults were recruited to participate. The purpose of the study was to compare the mental health benefits associated with three “relaxing activities“: dog walking, yoga, and concert going.

The participants first completed an assessment to determine their baseline health and were then split into one of the three activity groups. Every person was given a heart monitor to wear while they took part in their assigned activity, and they were assessed yet again after the activity was complete.

What This Means For Your Health & Your Life

So what do all of these numbers mean for frequent country concert goers like you, and your health?

country music has the best concerts, best singers & anyone can relate to the lyrics

According to O2, “additional scholarly research directly links high levels of well-being with a lifespan increase of nine years pointing to a direct link between gig-going and longevity.”

In other words, the greater your well-being, the more likely you are to live a longer life. Since attending concerts increases your well-being, regular concert attendance can therefore lead to an extended lifespan.

This is something that Fagan backed up as well, telling O2:

“Our research showcases the profound impact gigs have on feelings of health, happiness and well-being – with fortnightly or regular attendance being the key. Combining all of our findings with O2’s research, we arrive at a prescription of a gig a fortnight which could pave the way for almost a decade more years of life.”

In case you don’t know what a “fortnight” is, it’s a period of two weeks. So according to Fagan, you’ll see the greatest benefit from attending concerts if you do so with frequency, at least every 14 days.

While the study conducted by Fagan and O2 monitored people who attended a pop concert, we’re sure the same findings could be reached from country concert attendees. After all, country concerts are often big parties full of fun and friends. It’s easy to understand why they make people so happy.

What do y’all think of the study’s findings? Are you going to start booking more concert tickets now, because we sure are!

Maybe it’ll be in your best interest to make one of those concerts a George Strait one, since he always puts on a stellar show in Vegas every time he rolls into town!