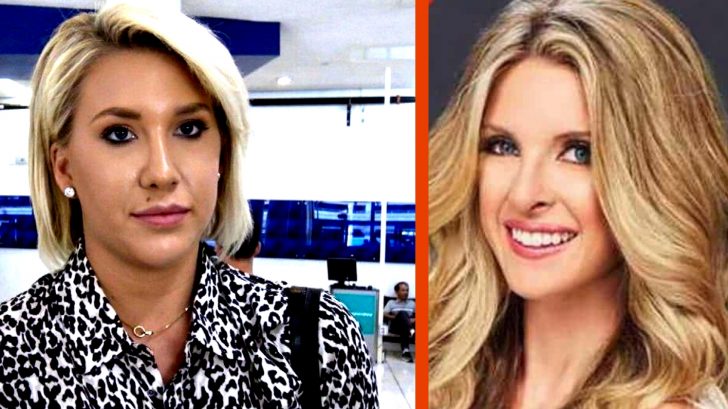 The daughter and fellow reality co-star of real estate mogul Todd Chrisley has spoken out against the claims her estranged sister has made against her dad and brother – especially after they came at a time of great opportunity for her, she says.

"It’s heartbreaking and shameful…" he said in a statement.

Just days after Todd Chrisley and his wife Julie were indicted on 12 federal charges ranging from fraud to conspiracy to tax evasion, Todd’s estranged daughter from his first marriage came out of the woodwork with a jaw-dropping claim: her dad and half brother were blackmailing her with an alleged sex tape of her and a man other than her husband.

These two are estranged for a reason. And he's not afraid to air her dirty laundry.

The public comments and jabs have gone back and forth between the two Chrisleys – with most of the other family members staying silent. Todd Chrisley denies all allegations, while Lindsie maintains her claim is factual. But now, Savannah is speaking out in a video interview obtained by Entertainment Tonight.

“It’s extremely sad that someone is using a sex tape that doesn’t even exist in order to get five more minutes of fame,” she said in this impromptu airport conversation.

Savannah, the second youngest of Todd’s children, spoke openly against her sister and the claims she was making, expressing her sincere disgust with Lindsie’s actions – even going as far to say that she can never forgive her for what she’s done.

Speaking about what she thinks their dad would truly do “if a sex tape existed,” Savannah says Todd would not blackmail her but instead try and help fix it.

“If anything, he would try to help her, because that is something you should be embarrassed about,” Savannah explained. “It’s extremely sad that my dad has a child of his that’s trying to make his life so miserable because she wasn’t on the show and didn’t get the attention that she wanted.”

When asked if she could ever move past this scandal that’s blown up to mega proportions, Savannah was very clear in her reply, and specific when asked if she’d forgive Lindsie.

“Sometimes there’s no going back,” she confessed. “I can say for me personally, no. I love her, but no. No matter what.”

Watch the entire video interview over at Entertainment Tonight, and get all the details on the whole Chrisley family drama below.