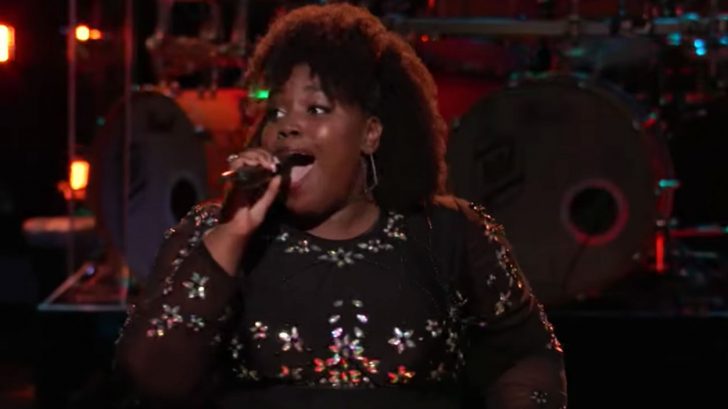 On this season of The Voice, there are an array of knockout talents. Each coach from Team Blake to Team Kelly have hand-picked their singers in hopes of turning them into a star. The four coaches all hold backgrounds in different musical genres aiding to each contestant potential. The four being country music star, Blake Shelton and multi-genre, Kelly Clarkson, R&B singer, Jennifer Hudson, and pop artist, Adam Levine. Each week there is a different competition that goes on eliminating the weaker of the artist’s team members.

Four Coaches stand before you ready to fill up their teams & start the Battles! ? Which team are you most excited to see? ? #TheVoice

Last night, the show held its knockout performances for the 15th season. Knockout Rounds consists of the coaches strongest singers. The singer will choose the song they wish to perform individually while their competitor watches. The importance of these performances is to win over their coach before the Live Performance shows, or “the Playoffs.”

On Clarkson’s team, one singer stunned the entire panel of coaches with her vocals. Her gospel sound took over the stage as Kymberli Joye owned the Zedd and Maren Morris hit, “The Middle.” Joye starts her rendition off in a similar fashion to the original tune. Her unique vocals runs throughout the song are what got the judges going though. In a bejeweled top and black skirt, Joye lit up the stage with not just her golden voice.

Right before the bridge, Jennifer Hudson was shocked by the singer’s powerful pipes. Following, Clarkson jumped up in excitement as her contestant crushed the performance. It wasn’t long before Levine and Shelton were caught smiling as everyone got chills from this impressive young lady. After the performance, Hudson was quick to comment on Clarkson’s prodigy admitting Joye’s vocals were “opening the gates of Heaven.”

As the competition was a triple-shot battle between three of Clarkson’s team members, only two could make the cut. It was a no-brainer for Team Kelly when she chose Joye to move onto the next round. The other winner would be Zaxai who sang an impressive rendition of Smokey Robinson’s “Cruisin’.”

Watch Kymberli Joye tear up the stage below!